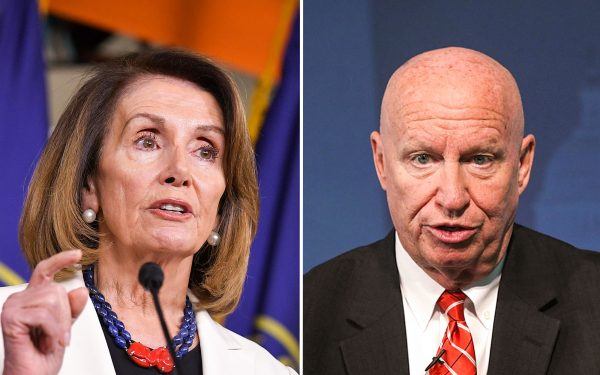 House Ways and Means Committee Chairman Kevin Brady (R-Texas) warned on Wednesday of a possible tax hike when Democrats this week take control of the House.

“Tomorrow House Democrats set stage for tax increases,” Brady said in a tweet one day after the new year began.

“New rules make it easier to raise [1] income taxes, and [to] do it without even a recorded vote by lawmakers. They don’t even protect poor or middle class families.”

These rules establish how the new session will function and will be voted on this week.

The proposal promises to eliminate the budgetary process that claims that tax cuts pay for themselves — it’s a rebuke to an earlier tax cut law.

Republicans have long fought for tax reform, which [5] they were finally able to achieve when passing the Tax Cuts and Jobs Act.

President Donald Trump’s win in the 2016 election opened the door to actually getting something passed without the fear of a veto.

Republicans have worked to build upon that success; the president signed the bill into law December 2017.

Brady became a pivotal player in getting the tax reform legislation written and passed into law. He has since led the efforts to build upon that with his proposed Tax Reform 2.0.

Pelosi is the presumed next House; McGovern was selected to become chairman of the House Committee on Rules when the new session starts.

“By an historic 10 million-vote margin, the American people went to the polls [6] and asked for a professionally run Congress that would be more transparent, ethical and committed to debating and advancing good ideas no matter where they come from,” Pelosi said when announcing the proposed rules. “Our rules package will deliver that Congress, ushering in a new era of clean government, that will honor the consensus of the American people.”

Republicans made the claim that the tax cuts could pay for themselves when they worked to get the package passed.

The Tax Foundation found the law will actually result [8] in an estimated $1.8 trillion less in federal revenue over the next decade.

The tax reform lowered rates for most of the seven income brackets while reducing or estimating certain tax deductions.

The reform also lowered the corporate tax rate permanently from a maximum of 35 percent to 21 percent. The individual tax cuts were made temporary because of budget rule restrictions.