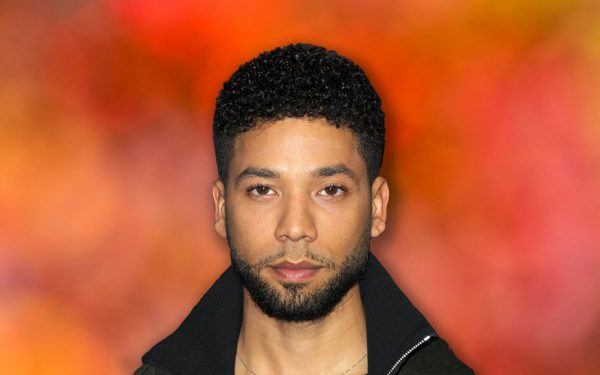 Jussie Smollett, an actor best known for his work on the television series “Empire,” recently claimed he was attacked physically by two supporters of President Donald Trump.

Smollett told police he was attacked early this past Tuesday morning in Chicago as he left a sandwich shop.

The actor is alleging that two men confronted him and made racist and homophobic comments — Smollett is a gay man. Smollett also alleged the men poured an unknown chemical substance on him and that they tried to put a rope around his neck.

He was later admitted to Northwestern Memorial Hospital and was released; he had lacerations on his face, according to reports.

Though his initial statement to police made no mention of the president, it was during a follow-up interview with detectives that Smollett said the two men yelled “MAGA country” while attacking him — a reference, it appears, to the president’s “Make America Great Again” slogan.

Police have been investigating the alleged attack as a possible hate crime.

“In the initial reports there was no mention of MAGA,” a police statement to People reads. “When detectives [followed] up with [Smollett] later in the day, he recalled the offenders making those comments and detectives completed a supplemental report.”

The alleged attack is now under investigation by the FBI after it was discovered Smollett also received a threatening letter a week before the alleged assault.

“Given the severity of the allegations, we are taking this investigation very seriously and treating it as a possible hate crime,” Chicago police said in a public statement. “Detectives are currently working to gather video, identify potential witnesses and establish an investigative timeline.”

Local authorities on Wednesday night released images captured by a surveillance camera, but so far, no arrests have been made, according to reports.

Police say they’re reviewing additional cameras. “Now that we’ve got potential persons of interest, the focus will be following their paths. Where did they come from and where did they go?” police spokesman Anthony Guglielmi told the Chicago Tribune. [1]

Police have yet to find footage of the alleged attack itself, but they’re continuing to search. They’re even reportedly looking to question other people who have been seen in surveillance cameras around where Smollet said the attack took place.

“Chicago police say detectives want to talk to the people seen on surveillance. They are not calling them suspects. Because there is an allegation of a hate crime, a community alert will be issued,” ABC7 Chicago reporter Rob Elgas said on social media on Wednesday.

That “community alert” now has been issued about the alleged crime.

President Donald Trump himself was asked about the alleged attack on Thursday afternoon.

“That I can tell you is horrible. I’ve seen it. It doesn’t get worse,” the president replied when asked about the news story by CNN contributor April Ryan.