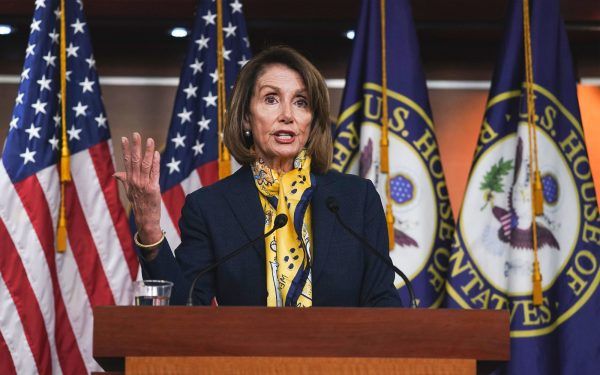 If Democrats have their way, everything about God (monetary — think of “In God We Trust” on everything and all the D.C. monuments, and more, with an inscription concerning God) will all be removed, as they don’t believe in it anymore.

But without God there is no truth.

No oath is necessary if you remove the originator of truth itself.

Democrats are looking to eliminate the “God” reference from the witness oath that is usually repeated before testifying before a panel.

It will probably pass next week, according to Fox News.

The Founders knew that if your unalienable rights were given by God, then they couldn’t be taken away even by the laws of man.

Take God out — then your rights are now vulnerable.

The draft shows that the House Committee on Natural Resources would ask witnesses to recite only, “Do you solemnly swear or affirm, under penalty of law, that the testimony that you are about to give is the truth, the whole truth, and nothing but the truth?”

The rules proposal places the words “so help you God” in red brackets, indicating they are slated to be cut.

The words “under penalty of law” are in red text, indicating that Democrats propose to add that phrasing to the oath.

If this gets passed by the House, you will see a lot of southern Dems lose their jobs in the next election.

There are a lot of Christians who will not like this at all.

First, the Democrats booed God out of their party. Now they have kicked him out of the oath. It is now utterly impossible for a Christian in good conscience to vote for a Democrat. https://t.co/Mm7YRpGcPi [2]

House Speaker Nancy Pelosi (D-Calif.) found time to truncate an oath that’s been around forever relating to God in her spare time, but she doesn’t want to deal with more important security issues. This is what happens when someone as narcissistic as this is voted as speaker.

Those who served, and those who continue to serve in the Army, Navy, Air Force, Marines, and Coast Guard, took an oath to uphold and protect the Constitution against all enemies foreign and domestic, and we can never forget the importance of their commitment to our nation.

Let that sink in and remember there are a few million vets in this country!

Democrats are already godless; this just makes it official.

Read more at WayneDupree.com:
Democrat Congresswoman Pant-Wear Is Out And Mini-Dresses Are In? [6]
UPDATE: Chicago PD Spokesman Releases Statement About Jussie Smollett Possible Hate Crime [7]
2013 San Fran Op-Ed — ‘If Harris Can Just Get Out From Under This Damn Willie Brown Thing’ [8]