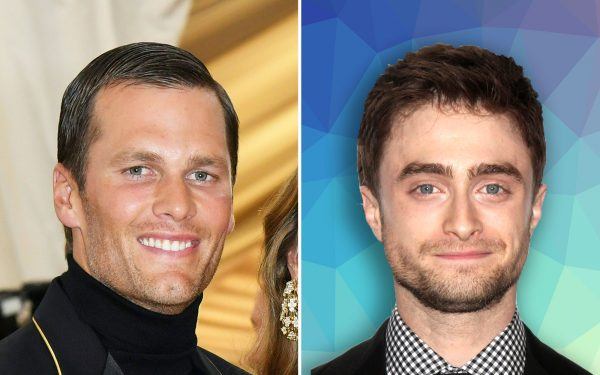 While speaking to Variety at the Sundance Film Festival over the weekend, the actor revealed he’ll be rooting for the Los Angeles Rams in the Super Bowl this year — and it’s all because of politics.

“Take that MAGA hat out your locker,” Radcliffe advised Brady.

Many people have criticized the hugely successful quarterback for his seeming support of President Donald Trump [1]. A Make America Great Again hat was at one point pictured in his locker — and the two are known to be golfing buddies.

Brady has said they’re friends and he refuses to go after Trump.

The president also said toward the end of the 2016 election season that he had not only the endorsement of Brady, but also Patriots head coach Bill Belichick. The team’s owner, Robert Kraft, is also known to be friendly with the president.

Trump congratulated the Patriots on making it to the Super Bowl this year [2] on his Twitter account.

“I feel like that was the moment when we were like, as a country, ‘Oh, c’mon, dude, we all want to be behind you, you’re awesome, don’t put that in there,'” Radcliffe recalled about seeing the pro-Trump hat in Brady’s locker.

The actor also made the odd statement that “the whole world is rooting against the Patriots — sorry.”

The Patriots are arguably the most popular team in the NFL; Brady is hands down one of the greatest players to ever be part of the game.

And at 41, he’s playing the sport at a level that few could do at this age.

He has also led his team to five Super Bowl victories — and this Sunday night could be their sixth.

The Super Bowl is this Sunday, February 3, and will air on on CBS.