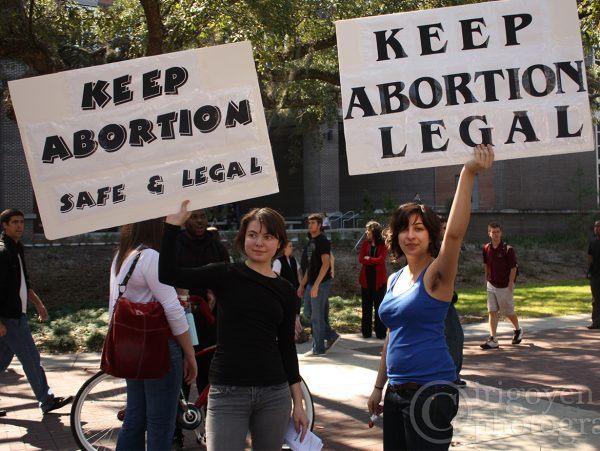 Democratic Virginia Gov. Ralph Northam came under fire Wednesday after he waded into the fight over a controversial abortion bill that one sponsor said could allow women to terminate a pregnancy up until the moment before birth — with critics saying Northam indicated a child could be killed after birth.

Northam, whose office is now pushing back on those claims, appeared on WTOP to discuss The Repeal Act, which seeks to repeal restrictions on third-trimester abortions.

Virginia Democratic Del. Kathy Tran, one of the sponsors, sparked outrage from conservatives when she was asked at a hearing if a woman about to give birth and dilating could still request an abortion. The bill was tabled in committee this week.

“My bill would allow that, yes,” she said.

Related: New York Late-Term Abortion Law Is Based on Lies [1]

Northam, a former pediatric neurologist, was asked about those comments and said he couldn’t speak for Tran, but said that third-trimester abortions are done with “the consent of obviously the mother, with consent of the physician, multiple physicians by the way, and it’s done in cases where there may be severe deformities or there may be a fetus that’s not viable.”

The intent of his comments was not clear. But some conservative commentators and lawmakers took his remarks to mean he was discussing the possibility of letting a newborn die — even “infanticide.”

“This is morally repugnant,” Sen. Ben Sasse (R-Neb.)  said in a statement to National Review. “In just a few years pro-abortion zealots went from ‘safe, legal, and rare’ to ‘keep the newborns comfortable while the doctor debates infanticide.’ I don’t care what party you’re from — if you can’t say that it’s wrong to leave babies to die after birth, get the hell out of public office.”

Wednesday evening, Northam tweeted: “I have devoted my life to caring for children and any insinuation otherwise is shameful and disgusting.”

I have devoted my life to caring for children and any insinuation otherwise is shameful and disgusting.

“No woman seeks a third trimester abortion except in the case of tragic or difficult circumstances, such as a nonviable pregnancy or in the event of severe fetal abnormalities, and the governor’s comments were limited to the actions physicians would take in the event that a woman in those circumstances went into labor. Attempts to extrapolate these comments otherwise is in bad faith and underscores exactly why the governor believes physicians and women, not legislators, should make these difficult and deeply personal medical decisions.”

VA Gov Northam is no moderate, this is one of the most vile, radical pro-abortion positions ever put forward. This is evil. He should recant or resign. https://t.co/Npxa4c5JdI [3]

New York Gov. Andrew Cuomo (D) last week directed the One World Trade Center and other landmarks to be lit in pink Tuesday to celebrate the passage of the Reproductive Health Act.

Related: Virginia Abortion Law Would Be Even Worse Than New York’s [5]

Under that legislation, non-doctors are now allowed to conduct abortions and the procedure could be done until the mother’s due date if the woman’s health is endangered or if the fetus is not viable.

The previous law only allowed abortions after 24 weeks of pregnancy if a woman’s life was at risk.

Adam Shaw is a reporter covering U.S. and European politics for Fox News. Fox News’ Alex Pappas contributed to this Fox News [6] report, which is used by permission.