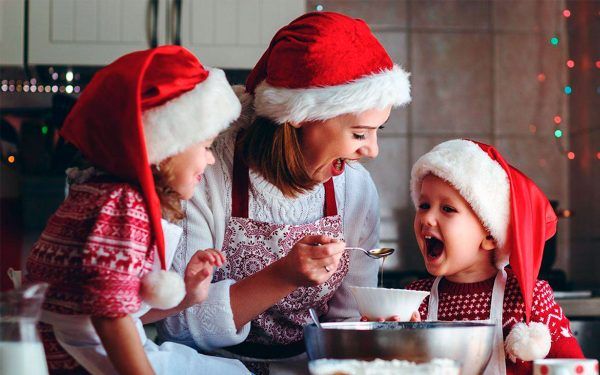 Christmas came a little early for a family in Howell, Michigan.

And now a random act of kindness — a gift — from total strangers is having a ripple effect.

Amid the hustle and bustle of the holiday season — and life in general — Howell resident Jessica Stower somehow lost track of the monthly water bill for her family.

There was no need to worry, though.

Serendipitously, and to her delight, she learned that generous neighbors not only found her bill, but paid it for her in full, according to reporting from Fox 2, which is based in Detroit, Michigan.

“We want to pay the enclosed bill for our neighbors, Daniel and Jessica,” read an anonymous letter.

“Literally I started crying. It was really overwhelming, honestly,” Stower told Fox 2 about the news.

“It would have gone overdue,” the busy mom added.

“I would have never realized it with the piles of bills we get anyway.”

Earlier this month, the mom, with her with baby boy in tow, was sifting through her mail at the mailbox when the wind apparently blew her water bill away — without her realizing it at the time.

Subsequently, she received notification from Howell Township with a copy of her water bill and the anonymous letter written to the township stating that the $55 charge had been paid in full.

“People don’t want their own bills, much less yours,” Stower said.

“You’re an inspiration,” she added about the anonymous bill payers. “Truly, if more people did what they [did], you would hear more good than the bad [on the news],” she added.

“We are a country built on the melting pot theory and we are so blessed to have the rich variety of people that make up our great country,” read the letter from the anonymous givers, who kindly and willfully chose to bear the burden for complete strangers.

In the meantime, Jessica Stower says that the act of kindness from complete strangers has set in motion a ripple effect.

“It’s nice not knowing who it is because, in a way, I’m going to treat everybody out there as if they are the person that did it,” she added.

"Carry out a random act of kindness, with no expectation of reward, safe in the knowledge that one day someone might do the same for you." – Princess Diana pic.twitter.com/uE4ZAknZ1V [1]

Not a bad thought at Christmas time — or any time of the year, for that matter.

And check out this video below about cherished Christmas traditions: