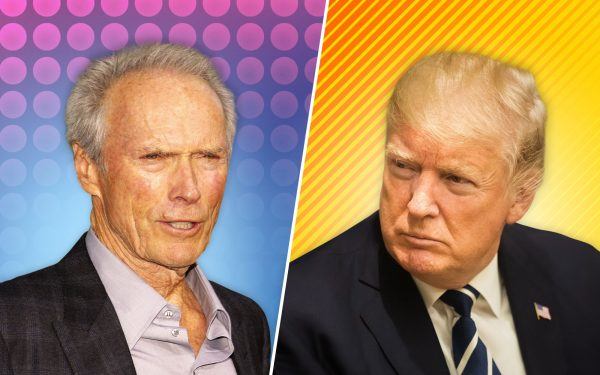 Some critics of a certain political persuasion are not too happy with Clint Eastwood’s latest movie, “The Mule.”

The film, in theaters today, marks Eastwood’s first time in front of the camera in six years; it’s earned mostly positive reviews from critics so far [1].

Some people, however, are using the movie as a reason to attack President Donald Trump and other conservatives.

“The Mule” is based on the true story of Leo Sharp, a man who ran drugs for a Mexican cartel well into his 80s.

Before being arrested, he had no criminal record and was known only as a celebrated horticulturalist.

Eastwood’s latest movie is a lot like his other recent works — it’s straightforward and to the point, and it has a lot of questions to ask about family, commitment and individual moral lines.

In addition to being a legendary filmmaker, however, Eastwood is also one of Hollywood’s few outspoken right-leaning thinkers.

He’s never toed the politically correct line and speaks his mind — much to the displeasure of those looking to bubble-wrap art.

Eastwood’s politics mean the temptation to attack him is too great for some critics to resist.

Eastwood’s character in “The Mule” is a man of questionable character. He disappoints his family and friends and often puts himself above others. He’s also of another generation — and he speaks that way.

“There’s a word for people like Earl Stone [Eastwood’s character], and that’s ‘problematic.’ Most white Americans have a relative like Earl, who’s old enough to remember a time when good old boys ran the country and everyone else was their inferior,” wrote Variety’s Peter Debruge in a review of the film [2].

“You sort of tense up in their presence, never knowing what kind of politically incorrect garbage will come spewing out — in this case, when Earl refers to a gang of motorcycle-riding lesbians by the nickname they use for themselves, or tells a group of Latinos that they ‘all look the same’ — and most of us let it slide, accepting that you can’t teach an old dog new tricks.”

Debruge continued by saying his personal politics should have basically influenced Nick Schenk’s script for “The Mule.”

“[T]he trouble with ‘The Mule’ is that it invites audiences to laugh along with Earl’s ignorance. From here, it’s no great stretch to imagine a movement — call it ‘Make Hollywood Great Again’ — advocating for movies in which politically incorrect characters like the ones Eastwood has played for most of his career will be free to speak their minds again,” he wrote.

Debruge was not the only person to have Trump on the brain while reviewing “The Mule.”

In her review for rogerebert.com, Christy Lemire’s thoughts [4] on what may be Eastwood’s final performance became a critique of Trump’s policies and Fox News.

“There’s also an icky, creeping sensation of xenophobia that permeates the film. One could imagine ‘The Mule’ being used as an argument in favor of President Trump’s proposed border wall, given its tone-deaf and one-dimensional depiction of the minorities Earl encounters,” she wrote.

She later added, “Earl is Trump’s proverbial Forgotten Man: Elderly, white and living in the Heartland, he listens to country music and longs for a simpler time before the internet complicated everything. He’s in your movie theater today, but you could easily imagine him on Fox News tomorrow.”

Welcome to 2018, a time when people don’t review movies, but instead review characters in fictional stories depending on certain political leanings.

Of course there are drug dealers shown in “The Mule.” He was running drugs! Leo Sharp’s adventures included a lot of drug dealers; many were Mexican because they were working for a Mexican cartel.

This does not mean Eastwood is saying all Mexicans are drug dealers. All it means is he is staying true to the story he chose to tell.

And since when is having a complex main character a bad thing? Earl Stone is a flawed man. So what? Many great movies have flawed main characters, characters whose imperfections are true to life.

For more on “The Mule,” check out an original song made by Toby Keith for the movie below and read about the story behind the tune here [5].