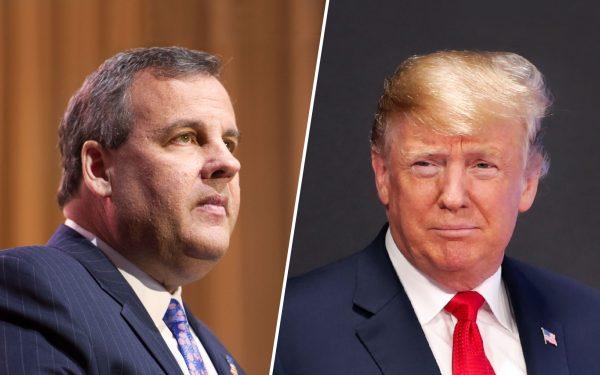 Former New Jersey Gov. Chris Christie took himself out of the running on Friday to be the next chief of staff for President Donald Trump.

Though it was not formally offered, Christie politely declined the potential position, saying it was not the right time for him or his family to undertake such a serious assignment.

“It’s an honor to have the president consider me [1] as he looks to choose a new White House chief of staff,” Christie said in a statement provided to The New York Times.

“However, I’ve told the president that now is not the right time for me or my family to undertake this serious assignment. As a result, I have asked him to no longer keep me in any of his considerations for this post.”

White House Chief of Staff John Kelly is planning on leaving the position in a few weeks.

Trump has since been working to find a replacement. Christie became the latest potential replacement to decline consideration for the important job.

Kelly, a retired Marine Corps general, has been chief of staff since July 2017.

He had held onto his job for a while after replacing Reince Priebus in the position.

Christie has known the president for decades and was a close ally of his early on.

But as head of his transition team, he was dismissed — and was never offered an expected job in the administration.

“People close to him said the only [job] he had been interested in was attorney general,” The Times [1] reported.

Trump is facing increased pressure to find a new chief of staff; some of the people who seemed to be potential picks have already taken themselves out of the running.

JUST IN: Chris Christie says he has asked Pres. Trump to remove him from consideration for the job of White House chief of staff. https://t.co/rXxZBj4IGo [4] pic.twitter.com/dfd3oHxe89 [5]

“Counselor to the President Kellyanne Conway told Fox News on Tuesday that Kelly, a retired Marine Corps general, might stay on briefly into the new year while the president finds a replacement. Trump initially had said Kelly would be gone by year's end.” https://t.co/RCy3QJ1ySo [10]

Nick Ayers, chief of staff for Vice President Mike Pence and reportedly under consideration for the job, said last weekend he planned to leave the administration.

Former Sen. Rick Santorum (R-Pa.) said he wasn’t interested in the position after his name was floated around [12] for the job.

And Rep. Mark Meadows (R-N.C.) was ruled out by the president after he publicly said he was not interested in the job.

“Christie has a memoir coming out next year, which is expected to touch on his tenure as a federal prosecutor in New Jersey,” the publication noted.

“For Mr. Christie, who has two children in high school, the job [of chief of staff] would have been a personal sacrifice,” The Times noted in its report today.

Also, “Christie has a memoir coming out next year, which is expected to touch on his tenure as a federal prosecutor in New Jersey,” the publication noted.

“During that time, he prosecuted Charles Kushner, the father of Jared Kushner, Mr. Trump’s son-in-law, a task that has since complicated his relationship with the Trump family,” said The Times piece.