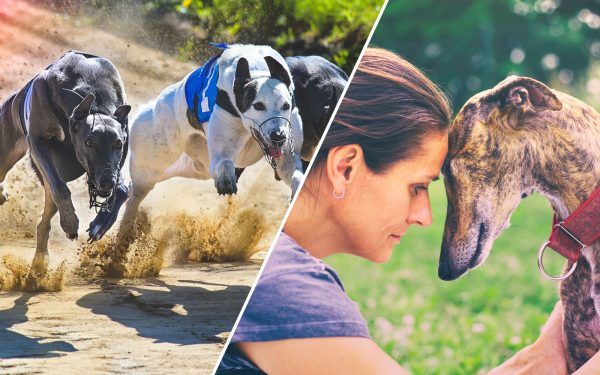 Sixty-nine percent of Florida voters this past Tuesday took the side of man’s best friend and voted to ban greyhound racing in the state by the end of 2020.

Christine A. Dorchak, author of Amendment 13 — named “The Committee to Protect Dogs” — is also president and general counsel for Massachusetts-based GREY2K USA Worldwide.

She told LifeZette in an interview this week, “Amendment 13 is the most important measure ever passed to protect greyhounds at anytime, anywhere, in history.”

“Florida is the hub of dog racing worldwide,” she also said. “It was the first place to legalize commercial dog racing and it prompted six other countries to follow suit.”

Founded in 2001, GREY2K USA Worldwide is the largest greyhound protection organization in the world. The group, along with many others in the United States, seek to protect greyhounds from cruel and inhumane treatment.

Some of this treatment included and still includes the use of drugs on the animals — as well as confinement, cruelty, neglect, and even the habit of feeding them meat from “downed” animals.

Greyhounds are raced until they’re about two years old.

Many within the industry and the public at large are now questioning where the out-of-work greyhounds will live.

Various news reports have mentioned anywhere from 5,000 to 7,000 dogs that will need to be placed.

Florida voters decided to phase out greyhound racing in the state by 2021, meaning thousands of dogs will soon need new homes. https://t.co/b8X8Litnbi [1] pic.twitter.com/jFboFI86Y7 [2]

Several animal protection groups have said that greyhounds can make great pets. The breed is considered “generally docile, lazy, easy-going, and calm,” according to Wikipedia entries.

The muzzle causes the animal to appear aggressive — however, “this is not true.”

Shelley Thayer, executive director of SPCA Florida, told Lifezette in an interview, “Dogs are considered personal property and the dogs were more than likely purchased from breeders. Because they have value, owners will be looking at all their options. But I doubt they will opt to euthanize.”

Greyhound racing was banned in Florida yesterday. Regardless of your views on racing, this means about 8000 hounds will be looking for homes in the coming months. They are wonderful, kind, sweet, and sleepy dogs, and in the wake of this please consider opening your home to one. pic.twitter.com/5ZwaAJRA1h [4]

Will the organizations seeking protection for the animals band together to ensure the safety of all of the unwanted dogs?

Thayer responded, “Organizations throughout Florida, including board members of FAAWO [Florida Association of Animal Welfare Organizations], our state animal welfare organization, have all agreed to take dogs should the need arise.”

She also said that “national organizations such as ASPCA [American Society for the Prevention of Cruelty to Animals], BFAS [Best Friends Animal Society] and HSUS [Humane Society of the United States] have all supported the amendment and are watching the situation as it unfolds.”

Dorchak agreed with those comments, saying that the “next 26 months will allow time for the greyhounds to be absorbed by waiting rescue groups across the country.”

“Once the dog owners make their decision,” Thayer also said, “we, too, are standing by to take them in.”

Based in Boynton Beach, Florida, Christine King is founder and CEO of Your Best Fit, a health and wellness company that provides fitness, nutrition, and design and management services.