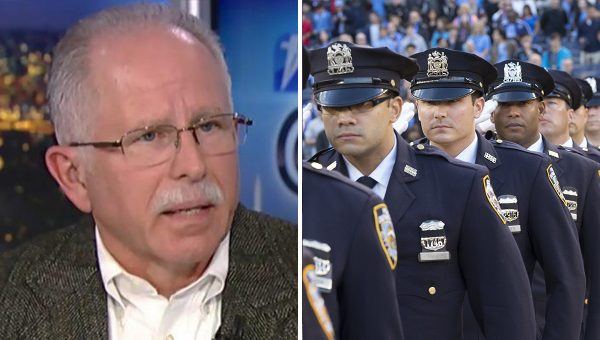 Government unions in the northwest have seen a massive decline in membership rates since state workers earned the right to relinquish their membership, according to research unveiled earlier this week.

The impact is significant.

The U.S. Supreme Court ruled back in late June that public-sector workers could not be forced to pay union dues. The legal challenging drew national attention — with the chance the case could be a huge hit to the labor movement.

The Freedom Foundation, [1] a nonprofit think tank, found that unions in the northwest alone have since lost 25,000 members.

The group’s research also found that decline in membership accounts for a $27 million annual loss in union revenue.

“We have multiple data sources that we’re drawing from,” Maxford Nelson, the organization’s labor policy director, told LifeZette by phone. “We created a website for folks to download resignation forms for their various unions. And we’re focused on Washington, Oregon and California. We have full-time staff and outreach efforts in all three states.”

The group’s website allows visitors to put in their information and download a resignation form for their specific union, Nelsen added. But that doesn’t provide a perfect measure; the forms might not be mailed after they’re downloaded, or they might not be successfully processed by the union.

“So we tried to supplement the data we’re getting through the website,” Nelsen said — “all those different sources, opt-outs through the website measured against some of the payroll data we were able to get from the state, measured against some of the direct mail, resignation forms that we have accumulated, plus the litigation win. There is some overlap in those categories, but if we use conservative estimates and avoid overlap, it lands us right in that 25,000 range.”

They’ve been able to get some payroll data for public employers, showing how many people actually have dues deducted, he said. The Freedom Foundation has also successfully launched legal challenges for disenfranchised members.

Illinois state worker Mark Janus (shown above left, at the top of this article) brought the case against forced union payments by arguing the practice violated his constitutional rights to free speech. Unions could require mandatory dues payments from workers in an organized workplace; but the high court’s decision means the privilege is now gone in the public sector, where unions are strongest.

The case challenged the American Federation of State, County and Municipal Employees (AFSCME), but the implications extend to every public sector union. The Supreme Court decision set a precedent at the highest court that reversed decades of case law, primarily the 1977 case Abood v. Detroit Board of Education.

Labor unions can require dues in states without [2] right-to-work protections, as long as nonmembers have the option of paying a nonpolitical fair-share fee. The Washington Federation of State Employees (WFSE), for instance, saw an increase in fee payers before the Janus decision — and now is seeing more people leave outright.

The Freedom Foundation released a report this week [3] showing WFSE membership rates were down 20 percent since Janus.

“Prior to Janus, we were sending information to WFSE-represented employees about the ability to pay a reduced agency fee,” Nelsen told LifeZette. “So we saw the number of agency fee payers spike this year prior to the Janus decision. Going into it, they had more fee payers because of the outreach we did prior. All those folks were let out after Janus and we’ve continued our outreach since then. Now they’re saying actual members are resigning as well.”

Unions set up obstacles that make it more difficult for members to leave, Nelson noted. A common tactic is having a narrow time frame each year in which members can leave — or opt out into agency fees.

Public sector unions were specifically targeted because they deal directly with the government. The fair-share fee can only cover the cost of representing that worker and not union political activities. Janus and his lawyers argued public sector collective bargaining and political lobbying are indistinguishable because they both deal with the allocation of government resources.

“I don’t think by any means that we’re seeing the end of the impact,” Nelsen said. “A lot of the data we’re getting is still very preliminary. It’s difficult to track school payroll, for example, given that there are hundreds of school districts out there just in [the state of] Washington alone, not including the probably thousands in California.”

Unions set up obstacles that make it more difficult for members to leave, Nelson noted. A common tactic is having a narrow time frame each year in which members can leave — or opt out into agency fees.

Nelsen said that just prior to the decision, unions also made members sign forms that restricted their ability to leave. The Freedom Foundation is still collecting data — so the numbers of people who have already left may be higher as well.

The Bureau of Labor Statistics did have some good news [5] for labor unions in its annual membership report on January 19.

Union membership rates remained unchanged at 10.7 percent last year following many decades of decline. The number of wage and salary workers belonging to unions edged up by 262,000 as well.