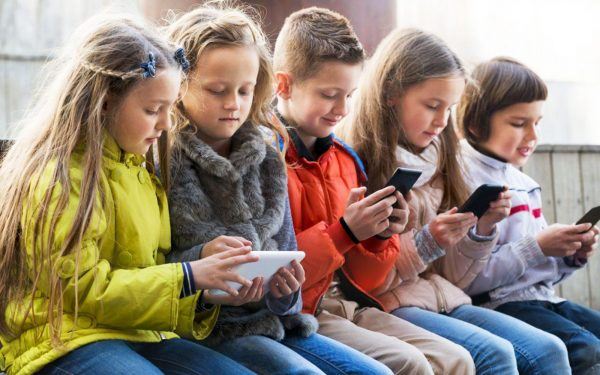 It’s why The American Family Association (AFA) for months has been working to educate parents and families about her story.

The AFA [1] has wanted Netflix to pull the show completely — before another young life is lost or negatively influenced.

The group has gathered tens of thousands of petition signatures to Netflix CEO Reed Hastings and is working hard to reach another 200,000 signatures so that Netflix leadership will take notice.

More than 140,000 people have already signed the petition, the group says.

Now, AFA — a nonprofit focused on family and Christian values and headquartered in Tupelo, Mississippi — is calling on concerned families to help spread the word about this series in a different way.

“We know ‘13 Reasons Why’ is a dark and demonic primer for impressionable young people, inviting them to enter a realm of perversion, hatred and violence,” Wildmon said in a statement Monday morning provided to LifeZette.

“I have written a letter to Reed Hastings, urging him to meet with me personally so I can share my concerns and families’ concerns. I know of at least four suicides that have been linked to the storyline of ‘13 Reasons Why.’ We need families to help us warn as many parents as possible by letting them know about ‘13 Reasons Why’ so we’re asking our friends and supporters to take our message and send it to everyone in their address book, especially those who have teenagers in their home.”

Season 1 focused on the graphic suicide of Hannah Baker, who slits her wrists in a bathtub full of water. Her decision to end her life is explained through a number of cassette tapes that she leaves behind — blaming the people responsible for her death.

Season 2 picks up months after Hannah’s suicide, and sadly, the filth and gratuitous content is only exacerbated by story lines that include sodomy, homosexuality, drug use, extreme profanity — and (if you can believe it) a plot for mass school violence.

The show’s creator, Brian Yorkey, somehow defended the show’s approach in a statement to Vulture not long ago [3]: “We’re committed on this show to telling truthful stories about things that young people go through in as unflinching a way as we can.” By the way, the show is based on a novel — not actual truth. Yorkey went on to rationalize [2], “We believe that talking about it is so much better than silence.”

The AFA’s Wildmon noted in his statement that just two days before Anna Bright’s sad death, another young girl had already done the unthinkable — copied what she’d seen in the Netflix series and taken her own life, too.

Wildmon was devastated, he said, when he received a second heartbreaking letter from a grieving mother whose daughter became a victim after she watched and was influenced by this television show.

Related: Why This Family-Focused Group Is Furious at Netflix [4]

A sexual assault incident at a Maryland high school also bore similarities to a violent rape scene from “13 Reasons Why,” a Fox News affiliate in Washington, D.C., reported last week. [5]

Five students at that Maryland school were charged with rape or attempted rape as of November 1.

The AFA suggests a message that those concerned about this show can send to its contacts.

The message from any concerned parent, citizen, family member or anyone else could read something like this: “I wanted to let you know about a petition that I signed to Netflix CEO Reed Hastings. Through the American Family Association (AFA), I learned of a show called ‘13 Reasons Why’ that is airing on Netflix right now. ‘13 Reasons Why’ is extremely dangerous and has become a lightning rod for critics who say it glorifies suicide and may even make it an attractive option for teenagers who are enduring difficult times in their lives.”

People can also say, “I’m warning my family and friends about ‘13 Reasons Why’ and am asking you to learn more at www.afa.net/netflix [6]. I hope you will take time to read about 14-year-old Anna Bright, who is just one of many who committed suicide after binge-watching ‘13 Reasons Why.’ Then, join me in signing the petition to Netflix, urging them to pull ‘13 Reasons Why’ before another teen decides to end their life through suicide.”

“‘13 Reasons Why’ is extremely dangerous and has become a lightning rod for critics who say it glorifies suicide and may even make it an attractive option for teenagers who are enduring difficult times in their lives.”

Despite pleas from pro-family groups like AFA to cancel the second season of “13 Reasons Why” this past spring — Netflix instead announced it had renewed the show, and would film Season 3 at the same California high school.

Wildmon’s letter to Hastings can be here; [7] anyone can sign the petition [8] to Netflix.