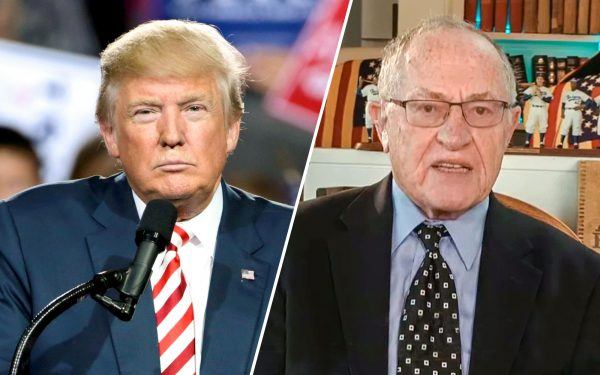 If House Democrats try to impeach President Donald Trump, Americans “will not find that particularly attractive” and it would be a “foolish abuse of their newly elected majority,” said Alan Dershowitz, Harvard Law School professor emeritus, on Wednesday on Fox News’ “Fox & Friends.”

But the incoming chairs of the various House committees have made it crystal clear they are gearing up to slap Trump with a myriad of subpoenas as they conduct a flurry of investigations into him, his taxes, his administration and his campaign.

“First there will be a lot of division within the Democratic Party. The extremists will be saying, ‘Impeach, impeach, impeach. We now have the votes, we can impeach. Let’s bring it to Senate for a trial.’ That would be a foolish abuse of their newly elected majority,” Dershowitz (pictured above right) said.

“I think the various chairmen of the committees that have jurisdiction will be sending out subpoenas. What they’ll be saying is, ‘Look, we had no chance to investigate or respond to previous investigations. This is our turn now,’” Dershowitz added.

House investigations will plague Trump for the next two years at least, but “the American public will not find that particularly attractive,” Dershowitz predicted.

“What they want is to see progress on jobs, on the environment, on border security. Investigations sound much too much like inside baseball,” Dershowitz added.

“So I think that Democrats will be foolish to devote too much of their priorities to investigating political enemies at this point.”

Pelosi and many red-state Democrats tried to shy away from impeachment talk during their 2018 campaigns as they sought to appeal to voters on health care and other policies.

But now that they have won back the House, they have the opportunity to pursue that avenue.

Related: Dems ‘Overplay’ Their Hand with Progressive Values That ‘Hobble’ Their Agenda [1]

“The country is not looking for that. But there’ll be radicals within the Democratic Party who won’t be satisfied until there’s an impeachment,” Dershowitz lamented.