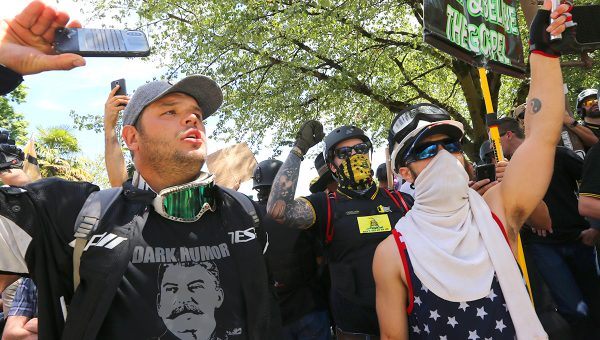 Being mayor of Portland, Oregon, may have gotten to Ted Wheeler.

On Thursday, after finishing a speech at the Oregon Health Forum in which he was heckled, Wheeler mumbled, “I can’t wait for the next 24 months to be over,” indicating he may not seek re-election, the Oregonian reported.

“If you know me, you know I mutter quite a bit,” Wheeler said in a statement issued later in the day.

“Not one of my most redeeming qualities,” he added. “I will make a decision next year with my family if I am running for re-election.”

In previous media interviews, Wheeler has complained about the job, calling it “no fun.”

The comment came a day after the City Council rejected his proposal to expand his powers to regulate protests.

Ted Wheeler mutters, “I cannot wait for 24 months to be up,” as he leaves Oregon Health Forum after speech (interrupted by shouting) and Q&A about homelessness.

The thankless, winless job of being mayor of Portland, Ore., may have gotten to Ted Wheeler.

At the same meeting, the first-term mayor criticized a half-dozen people who regularly attended the meetings and subjected Wheeler to taunts and jeers.

Last month, Wheeler faced harsh criticism from a union that represents personnel from U.S. Immigration and Customs Enforcement (ICE) regarding his handling of a 38-day protest in the city last summer by a group calling itself Occupy ICE (protesters there are shown at the top of this article).

The National ICE Council sent letters to state Attorney General Ellen Rosenblum and U.S. Attorney General Jeff Sessions, asking them to look into whether Wheeler committed misconduct when he directed the city’s police officers to not respond to certain calls for service during the protest in front of the local ICE field office, the Oregonian reported.

In July, the city drew negative attention after the Occupy ICE protesters were forced to vacate their camp because they left piles of trash and debris behind.

That same month, the leader of Portland’s police union slammed Wheeler for his response to the city’s homelessness crisis,

“Our city has become a cesspool,” Officer Daryl Turner, president of the Portland Police Association, wrote on Facebook.

“Livability that once made Portland a unique and vibrant city is now replaced with human feces in businesses doorways, in our parks, and on our streets.

After Trump’s remarks, U.S. Sen. Bill Cassidy (R-La.), called for Wheeler to resign in a resolution that took aim at anti-ICE rhetoric by some Democrats.

“We want an administration that represents us,” Wheeler wrote on Facebook. “We want a president that we can be proud of.”

After Trump’s remarks, Sen. Bill Cassidy (R-La.), called for Wheeler to resign in a resolution that took aim at anti-ICE rhetoric by some Democrats.

Portland hasn’t had a mayor seek a second term since Vera Katz, whose third term ended in 2004, the Willamette Week reported.

The incident brings back memories of previous Portland mayors.

Katz’s successor, Tom Potter, once declared during a City Council meeting, “I’m irrelevant” and stormed off the dais.

Fox News’ Amy Lieu contributed to this Fox News [9] piece, which is used by permission.