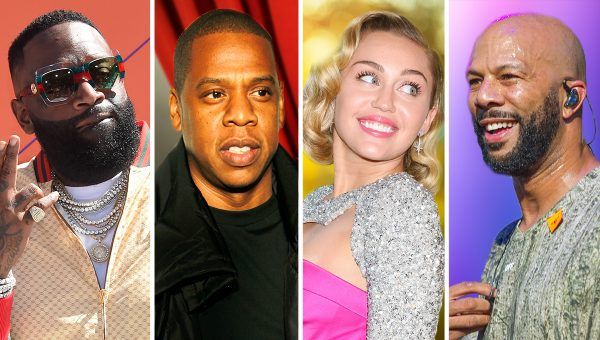 The mainstream media are feigning outrage because Kanye West used a swear word in the Oval Office.

The right-leaning rapper met with President Donald Trump on Thursday for lunch and to discuss a host of issues. However, many in the mainstream media seem obsessed with just one line Kanye West used while speaking.

At one point, he said, “Let’s stop worrying about the future. All we have is today. Trump is on his hero’s journey right now. He might not have thought he’d have a crazy motherf***** like [me].”

Needless to say, the leftist media had a meltdown. For example, MSNBC’s Stephanie Ruhle said West’s appearance was “an assault on our White House [1],” while MSNBC contributor Elise Jordan tweeted [2], “A reminder that plenty of Trump advisers enabled and encouraged this mockery of the dignity of the Oval Office today.”

CNN’s Don Lemon called West’s appearance a “minstrel show” [3] and said his mother must be “rolling over in her grave.”

Cenk Uygur of “The Young Turks” also declared that West has “clinical issues [4]” after seeing him speak.

CNN’s Jim Acosta also felt the need to tweet the specific curse West said, even though that was hardly the purpose of the rapper’s speech.

Laura Ingraham, host of Fox News’ “The Ingraham Angle,” gave her analysis of the situation [6] on Thursday night, which included calling out the media’s double standard.

“An assault on our White House? Sure, West used some coarse language that he shouldn’t have, but in other settings, liberals would have called that ‘authentic,’” she said. “They would have said he was being his ‘true self, speaking his own truth.’ If you’re truly concerned about assaults or improprieties in the White House, how about what went on between Bill Clinton and Monica Lewinsky? Or the Clintons’ close relationship with Harvey Weinstein?”

“Kanye West is hardly a political philosopher,” she added, “and I’ve always believed that entertainers should first entertain and keep their politics separate from their art. But I cannot remember any artist on the Left who was treated with the same vitriol and hatred as [what] West has been subjected to since he announced his support for the president.”

As she mentioned, there is certainly a great deal of hypocrisy in the media’s attacks on West. After all, the previous president, Barack Obama, invited plenty of unsavory celebrities to the White House — and the media never blinked.

For example, Obama hosted the rapper Common (pictured above, far right) at the White House in 2011, even though he rapped about burning George W. Bush alive; even so, Jake Tapper, who was at ABC at the time, declared that Common was “not particularly controversial [7].”

Obama was also close with rapper Jay-Z and his wife, Beyoncé; the couple visited the White House on multiple occasions during Obama’s time in office and did not receive any flak from mainstream outlets, though they’re hardly the most wholesome people.

During her Super Bowl halftime performance in 2016, Beyoncé flashed a “Black Power” symbol; and as a member of Destiny’s Child, she was on a track called “Bootylicious” — the subject matter of which is pretty self-explanatory.

Her husband, Jay-Z (above, second from left), has also admitted to selling crack cocaine [8].

Plus, one of Jay-Z’s last songs is titled “The Story of O.J.” Not only does he praise O.J. Simpson in it, but he also uses anti-Semitic rhetoric, and every other word in the chorus is an N-word. [9]

The outrage was also nonexistent among the Left when the court-mandated ankle bracelet of rapper Rick Ross (above, far left) went off at a White House event in 2016. Ross had to wear the bracelet after he was convicted of both misdemeanor kidnapping and assault.

Regardless, he was still considered an “honored guest” at the White House under Obama.

That same year, Obama invited rapper Kendrick Lamar [11] to the White House on July 4 and did not receive backlash for it, even though that musician has a controversial past. In 2015, Lamar’s album cover for “To Pimp a Butterfly” depicted a group of shirtless African-American men holding alcohol and money, laughing and posing for a picture in front of a dead white judge (who had Xs over his eyes) in front of the White House.

Miley Cyrus (above, second from right) also performed at the White House; she’s pushed plenty of vulgarity and questionable images through her music. She sang the national anthem at the White House in 2011 — yet she’s most famous for making lewd gestures and remarks on virtually any stage that would have her at the time.

Maybe if the mainstream media acted a little concerned over any of these appearances, their anger over West’s swearing in the Oval Office would have some merit.

Check out part of West’s time at the White House in the video below: