‘Gosnell’: One of the Best and Most Important Movies of the Year

“Gosnell” is not only one of the most important films of the year — it’s also one of the best.

Directed by Nick Searcy (shown above left, of “Justified,” “The Shape of Water,” and other films) and starring Dean Cain (above right, of “Vendetta,” “Lois and Clark: The New Adventures of Superman,” and more), “Gosnell” tells the jaw-dropping true story of Kermit Gosnell, a Philadelphia abortion doctor who was convicted on three counts of first-degree murder and one count of involuntary manslaughter in 2013. 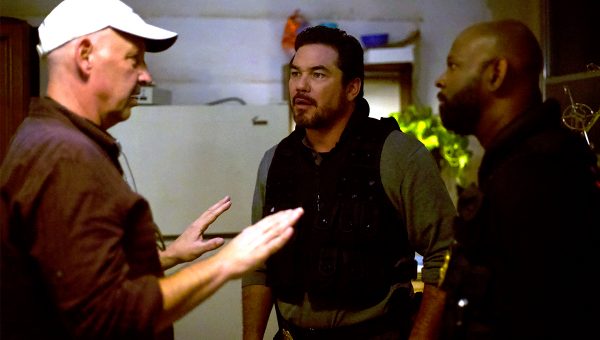 Running what some described as a “house of horrors,” Gosnell was performing risky and dangerous late-term abortions.

He would sometimes even sever the spine of babies who were actually born alive.

The story is heart-wrenching and sickening — though the movie keeps things relatively light with a PG-13 rating. Still, it’s also one of the most important true-crime stories in recent American history.

It should be little surprise that this film struggled to find both financing and distribution, since mainstream leftist Hollywood is so afraid to touch anything even indirectly related to abortion or anything that might be, in some way, perceived as pro-life.

LifeZette got a first look at “Gosnell” and can tell any potential moviegoers firsthand that this is in no way a political or agenda-driven film. This is a true-crime movie that touches on some sensitive and horrific — but important — subjects.

Unlike many films pushed out by leftist Hollywood, “Gosnell” actually manages to put character and story before any sort of political agenda.

The movie’s ability to stay away from preaching is due in large part to the hiring of talented and experienced artists like Searcy, Cain, and screenwriter Andrew Klavan.

Related: Exclusive: Check Out This Clip from the Upcoming ‘Gosnell’ Film

What the film also manages to do is tell a gruesome story in a delicate manner. “Gosnell,” despite its subject matter, is actually appropriate for most ages.

Cain stars as real-life Detective Jim Wood, who spearheads the effort to prosecute Gosnell for his horrific crimes. Alfonso Rachel — one of the standouts in the cast — stars as his partner in the film. Sarah Jane Morris is the devoted mother who prosecutes the case, while director Searcy takes on the role of the fiery lawyer defending Gosnell.

Cain and the rest of the main cast are pitch-perfect here and bring an incredible sense of realism to the film, but the true standout in the picture is Earl Billings as Kermit Gosnell.

Billings is scarier in his role than any Michael Myers or Jason Voorhees; and he manages to get that horror across with a simple misplaced smile here or a slowly delivered compliment there.

Oscar voters will likely never recognize the performance, but Billings deserves major recognition. He brings Kermit Gosnell to life without overacting and provides a character that few actors would be able to inhabit.

Beyond the performances, “Gosnell” is a tight, well-paced film that true crime lovers will no doubt love.

It’s also incredible to see how professional the film looks and feels considering its production budget of only $2.3 million — which was raised on the crowdfunding site Indiegogo.

“Gosnell” is an important film not just because it tells a story everyone should know, but because it manages to do so honestly and with care for story, character and society.

“Gosnell” packs plenty of gut-punches and is highlighted by committed performances and a careful script.

Watch the trailer below for “Gosnell,” rated PG-13, and find theaters playing the film starting this Friday.