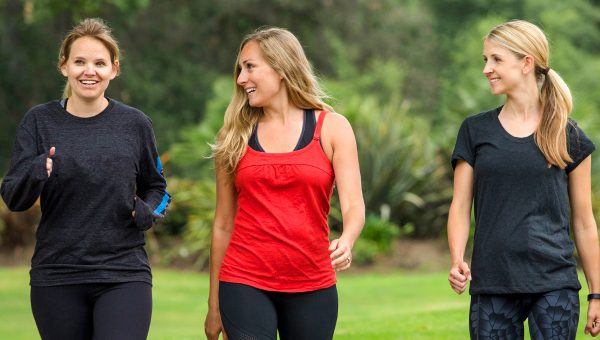 A new study released this week by the Baker Heart and Diabetes Institute based in Melbourne, Australia, shares a breakthrough advantage for adults who exercise.

Researchers identified novel lipids in the heart — along with circulating blood plasma — during exercise, as noted in a write-up about the discoveries in Science Daily [1].

“Regular exercise protects patients from heart disease, whereas conditions such as high blood pressure can lead to heart failure and atrial fibrillation, the most common type of irregular heartbeat,” as a piece in Laboratory Equipment [2] also noted about the study.

For far too many people, the words “exercise is good for you” mean far too little — they’ve heard it most of their lives and have forgotten what it actually means and why it’s so important. This research significantly underscores the role of exercise in maintaining good health, as it focuses solely on the ability to identify predictors of heart effects for those who partake in regular activity.

The public’s seemingly growing dismissal of the life-changing influences of regular exercise needs to change — this is clear.

The study was published this week in the journal Cell Reports. Dr. Yow Keat Tham of the Baker Institute, along with associate professor Julie McMullen and professor Peter Meikle, noted the importance of the discovery of unique lipids in the heart; the findings may assist in the collection of new biomarkers and potential drugs for atrial fibrillation and heart failure.

While “many studies have described functional, structural and genetic differences of the exercise-trained heart and diseased heart in the quest to advance prevention and treatment, a mechanism largely unexplored is the regulation of lipids,” said Tham, as Cell Reports noted.

He said the advances in technology will further the research capability to identify red flags for potential heart issues.

The leading cause of death in the United States for both men and women is heart disease, according to the Centers for Disease Control and Prevention (CDC). The identification of these lipids can be life-changing for many; the research should also be a motivation for everyone to get off the couch and go for a walk.

Related: Health Horror: If You Don’t Take Time Off, You’re Making Trouble for Yourself [3]

Is walking considered exercise? Absolutely — especially for those who don’t partake. Movement, or lack thereof, is mainly a psychological torment. Many people don’t want to although they know they should; they find every excuse not to engage.

Everyone has 10 free minutes a day — everyone. Whether at work or home, all of us should go outside and walk for five minutes in one direction. Then turn around and walk back to the starting point.

It’s critical for a chronic non-exerciser to walk for no more than 10 minutes at first. Practice for seven days in succession.

After seven days, the walker understands how simple it is to “exercise.”

Many people question the effectiveness of this process. First, it establishes a habit. Second, one realizes how easy it is to walk for 10 minutes. Finally, after seven days, the walker understands how simple it is to “exercise.”

As an added advantage, people feel more confident and gain a sense of “I can do more.” In the weeks after that, walkers should add five minutes each week. The benefits will significantly affect one’s mortality rate.

With this new exercise, the heart will produce the potential lifesaving and identifiable lipids exposed in this study. People also begin to look and feel better while improving their health.

“That’s why we are excited about this large-scale lipid study, which could herald new ways to predict and prevent potentially deadly conditions like heart failure and atrial fibrillation,” said Tham in Cell Reports.

Based in Boynton Beach, Florida, Christine King is founder and CEO of Your Best Fit [5], a health and wellness company that provides fitness, nutrition, and design and management services.