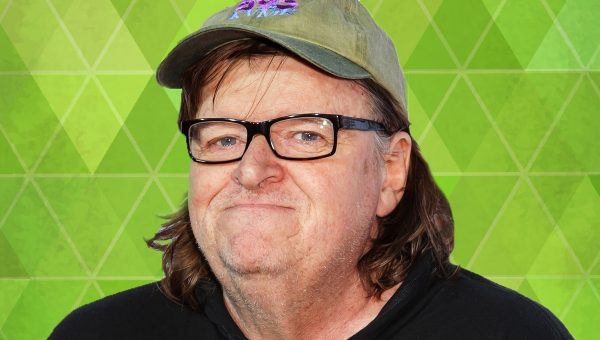 Despite opening in over 1,700 theaters — quite an unusually high theater count for a documentary — Moore’s “Fahrenheit 11/9” opened to just $1.1 million on Friday [1].

It is now projected to earn only $3 million for its opening weekend.

The film, which reportedly compares President Donald Trump to Adolf Hitler [2], averaged a paltry $614 per theater.

This looks especially bad when you consider the fact that this new movie was supposed to be Moore’s big comeback. It even has a title that is a play on his most successful movie, 2004’s “Fahrenheit 9/11,” which is the top grossing documentary of all time [3]— that film earned over $119 million domestically and over $220 million worldwide.

The new “Fahrenheit 11/9” follows the rise of President Donald Trump and contains Moore’s typical brand of humor and leaps in logic [4].

This marks yet another failure for Moore to capitalize on Trump’s presidency. He already released a documentary focused on the president in 2016 — “Michael Moore in TrumpLand” [5] — which received very little attention, and then he put on a flop of a Broadway show centered on the president last year. [6]

There are a variety of reasons for Moore’s latest film flopping. The most obvious one is that Americans are currently oversaturated with aggressive work from Hollywood that demonizes the president and his supporters, so buying a ticket to a movie like “Fahrenheit 11/9” is the last thing many of them want to do with their hard-earned money.

Another reason is that the documentary field is a difficult one to conquer in the theaters today. Documentaries are more accessible than ever through streaming services and with ticket prices constantly rising, it doesn’t make a whole lot of sense to go through the trouble of going to an actual cinema to see one.

The final reason is that Moore’s brand is on its last leg. While he remains the top grossing documentarian of all time — conservative filmmaker Dinesh D’Souza is the second [7] — Moore’s manipulative editing tactics have come to the surface over the years, [8] and he’s less trusted now than ever before.

His extremism and hypocrisy have also discredited him.

He’ll rail against capitalism [9] while living a lavish millionaire’s lifestyle [10]. He’ll also openly criticize Republicans like Trump, but he’s too skittish to criticize Democrats like Barack Obama, even though they’ve done things around which a younger Moore would make entire critical documentaries.

Check out the trailer of “Fahrenheit 11/9” below: