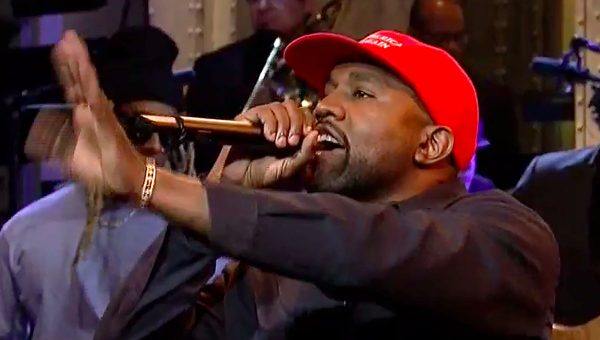 It was a star-studded 44th season premiere for “Saturday Night Live” on Saturday night, as Academy Award winner Matt Damon joined the cast to help parody the recent Senate Judiciary Committee hearing, at which Supreme Court nominee Brett Kavanaugh and one of his accusers, Christine Blasey Ford, testified before lawmakers.

The cold open of the series began after a set-up about Ford’s testimony claiming Kavanaugh sexually assaulted her.

Kavanaugh — portrayed by Damon — was then introduced.

It was said he had been “shadowboxing in the men’s room for the past 45 minutes.”

Damon’s Kavanaugh then read a statement he claimed to have written himself while “screaming into an empty bag of Doritos.”

“I’m here because of a sham perpetrated by the Clintons, George Soros, Kathy Griffin, the gay mafia, and Mr. Ronan Sinatra. Now I’m usually an optimist, a the-keg-is-half-full kind of guy, but what I’ve seen from the monsters on this committee makes me want to puke — and not from beer,” he said.

He continued, “Dr. Ford has no evidence — none. And meanwhile, I’ve got these … calendars. These beautiful creepy calendars. I’m lifting weights with P.J. and Squee. But you don’t care about that, do you? You just want to humiliate me in front of my wife, my parents and Alyssa friggin’ Milano?”

The segment continued to do its best to make Kavanaugh look foolish, which shouldn’t be a surprise considering how aggressively far-Left “Saturday Night Live” has moved in the past few years.

The show’s Weekend Update segment was also as leftist as ever. Hosted by Colin Jost and Michael Che, the segment took on such predictable targets as Kavanaugh and the GOP.

“Judge Brett Kavanaugh and Dr. Christine Blasey Ford appeared Thursday in front of the Senate Judiciary Committee, and it was a classic case of ‘she said, he yelled,’ ” Jost said. “Based on his testimony, I guess Kavanagh thought the hearing was about whether he thought he was cool in high school.”

Che added later, “I just wanna remind everyone that all this yelling and crying happened at the dude’s job interview! I mean, typically, when you’re asked about a sexual assault and your drinking problem at a job interview, you don’t get the damn job!”

The highlights of the latest episode of “Saturday Night Live” were the musical performances by Kanye West.

The rapper performed his new single “I Love It” dressed in a ridiculous giant Perrier bottle, while fellow rapper Lil Pump was dressed in a Fiji bottle.

But West followed up that ridiculousness by doing the bravest and most original thing to happen on “SNL” in years — he performed while wearing a Make America Great Again hat. (He’s shown in the image at the top of this article.)

While it didn’t exactly “even” the satire on the program, it did give Trump supporters a chance to be represented. By wearing the hat, West also showed that not everyone in Hollywood is dancing to the beat of the same drummer.

Some dare to have a different opinion and aren’t afraid to express that opinion in the unfriendliest of places.

Outspoken conservative and “Gosnell” director Nick Searcy on Twitter praised the move. He called it “genius.”

“May God bless Kanye West and keep him safe,” said one user.

“SNL” angered many on social media when the show cut off West while he was performing in his MAGA hat — though most artists are cut off in their final performances on the program, as they play the show into the credits.

DID THEY JUST CUT OFF GHOST TOWN?!?!?

You cut off @kanyewest [4] on Ghost Town. Seriously?

Listen @kanyewest [4], I'm sorry SNL cut you off early, but you really bout to make us wait for this album like that?

Album called Yandhi because we starving.