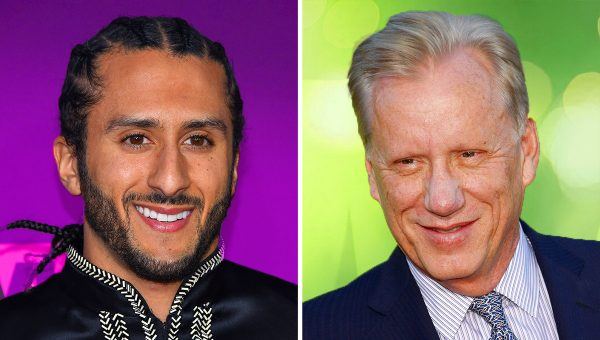 Nike’s decision to use former San Francisco 49ers quarterback Colin Kaepernick in a new advertising campaign is not turning out quite the way the company may have hoped.

Fans have been posting videos of themselves burning the company’s products in protest.

And social media is full of plenty of outrage and parody directed at the end.

It features Kaepernick’s face and the phrase, “Believe in something. Even if it means you lose everything.”

Believe in something, even if it means sacrificing everything. #JustDoIt [1] pic.twitter.com/SRWkMIDdaO [2]

As many have already pointed out, Kaepernick has not really sacrificed a whole lot in the eyes of fans.

He was an average quarterback who left the NFL early last year and has since received a major book deal, a television deal and several media awards [4].

His claims that he is being kept from the field due to his political activism — he started the national anthem protests in the league — are simply not enough for people to sympathize with the former athlete.

Among Nike’s critics is outspoken conservative and Academy Award-nominated actor James Woods, who has taken the company to task several times on Twitter.

Woods first shared an email revealing that he was dumping the stock he had in Nike.

He then celebrated the decision he had made — and encouraged others to do the same.

To be truly effective, make sure you not only #DumpNikeStock [10], but dump any investment fund or mutual fund that holds @Nike [11] stock. Further send an email stating the reason you are dumping that mutual fund. #DumpNike [12] #ScrewNike [5]

The “Videodrome” actor then shared the news of Nike’s stock dropping throughout the day.

For more on Kaepernick’s new advertising campaign with Nike — which is reportedly meant to celebrate the 30th anniversary of the famous slogan “just do it” — check out the video below: