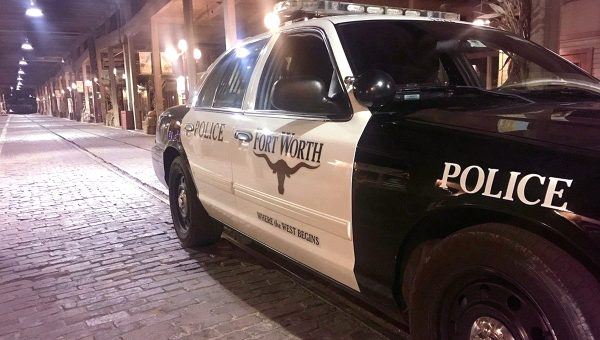 While attempting to arrest three serial robbers, Police Officer Garrett Hull of Fort Worth, Texas, was shot and killed on Sept. 14, 2018.

The 17-year police veteran was serving as he always did, with his brothers and sisters in blue and on behalf of those he didn’t even know. By nature, cops are giving individuals, committing to do a job in which they may lose their lives by laying them down for others; it’s beyond giving and noble.

Each cop brings special things to the table of life. Garrett Hull, known as the “cement of the unit,” epitomized it well and displayed his character traits to make Gen. Patton blush.

In life and in death, Hull’s iconic sharing nature was punctuated when, after he was shot in the head and rushed to the hospital, where his prognosis was looking rather bleak, he did his thing one more time — by participating in organ donation.

Hull’s wishes were to donate his organs in the event of his death.

Organ recipient lists are ordinarily vast and organ donors are extraordinarily humanistic by giving perfect strangers a chance at life when theirs is meeting crossover.

As Hull was at the hospital with medical professionals scrambling to sustain his warriorhood to no avail, his life-restoring organs were harvested while his brothers and sisters in blue stood at attention out in the hospital hallway.

Hull was known as a cops’ cop, one who lent a hand whenever it was summoned and even when it was not. Many spoke of Hull as the go-to guy when the chips were down and things were about to get dirty.

Leadership qualities are what I kept finding on this guy. And in his quiet demeanor, he influenced many others who ultimately emulated the way Hull did “the job.”

From The Blue Voice site, here are sentiments attesting to mourning a brother in blue: “A city lays to rest one of its fallen warriors today. Fitting that the rain is falling almost as if the Fort Worth skies are mourning as well. This will be the first Dallas or Fort Worth officer funeral I can’t attend due to it being private to family … However, I will drive in the procession with my K9 Radar, so I can at least pay my respects that way. Prayers for my brother and sister FWPD [Fort Worth Police Department members] who I know have been hurting and are struggling with this day.”

From what I understand, this particular police funeral was closed to the public and attended by only Officer Hull’s family and law enforcement officers.

We are tremendously saddened to announce that Officer Garrett Hull passed away last night at 9:40 pm. Officer Hull was a veteran officer who served with pure dignity and honor. Please keep his family, fellow officers, and friends in your prayers during this very difficult time. pic.twitter.com/1SplZSbmUY [11]

Ordinarily, police funerals are open to everyone. For whatever reason, Hull’s send-off services were open to and displayed by the public online [13]. I suspect his family decided to honor Hull’s steadfast philosophy that whatever was going on, it was “a little too much.”

Sounds like a modest man who desired no fanfare, only results … before moving on to the next call. I definitely relate to that modesty; I certainly preferred cloaking to the next call for service.

Having attended a sad and somber fair share of police funerals, I feel that one thing always remained in mind when the bagpipes deflated, the 21-gun salute reverberated to a silence, the fly-bys whizzed and faded, and the buffet of badges scuttled meekly to their squad cars: the idyllic notion that the fight must maintain its thrust despite a fallen brother or sister being lowered in the earth.

Fort Worth Police Officer Matt Pearce succinctly delineated how cops feel during the aftermath of a fallen officer: “As I sit here on the edge of my bed putting on my uniform just like [I] have so many times in the last 10 years, tears start filling my eyes because today is different. Today I will wear my uniform to bury my friend and co-worker Garrett Hull. While I know this is not the last time I will do this in my career, I never expected the emotions that have filled my body this last week.”

I admire Officer Hull’s organ donation prescience. It speaks volumes about a man, any human, who exercises the forethought and wherewithal to offer up his bodily parts.

Some police officials decide to donate an organ deemed non-essential to their own sustenance while gifting another whose outlook is certainly must-have, bleak, and circumstantially dismal. A civilian law enforcement colleague of mine, a dispatcher named Jose Rincon, did just that.

He learned about a perfect stranger who needed a kidney to live. She had children, whereas Jose did not.

He put his name on the donor list, was summoned for testing, and was chosen as the official donor.

Related: How a Tiny Baby Gave of Herself to Others [14]

Years later, Jose Rincon left the police profession to work in other roles that took him around the globe. I like to think that was a heavenly gift as reward for the one he gave to another.

It is not often publicized — I have no idea why, other than privacy rights— but cops are prone to be organ donors. Witnessing the unraveling of lives and being on the front lines to help put it all back together in a tight and tidy fashion on the streets manifests in pre-determined organ donations to other cops and citizens alike.

Per Fort Worth Police Chief Joel Fitzgerald — while eulogizing his comrade, Officer Garrett Hull — posthumously promoted him to police corporal.

Stephen Owsinski is a retired law enforcement officer whose career included assignments in the Uniformed Patrol Division and field training officer (FTO) unit. He is currently a senior OpsLens contributor, a researcher, and a writer. This OpsLens [16] article is used with permission.

Read more at OpsLens:
Respect the Rank [17]
Dereliction of Duty [18]