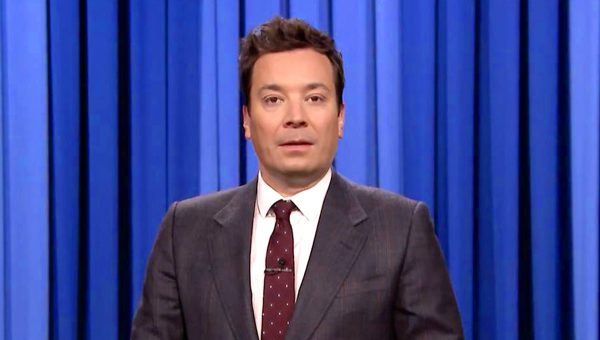 Yet another entertainer is feeling the wrath of groupthink leftists.

The comedian Norm Macdonald just had his upcoming appearance on “The Tonight Show Starring Jimmy Fallon” canceled after some comments he made in an interview with The Hollywood Reporter drew scorn on social media.

In the interview, Macdonald found himself defending two comedian friends of his; the interview was supposed to promote his upcoming Netflix talk show, “Norm Macdonald Has a Show.”

In his remarks, Macdonald revealed that Louis C.K., who lost numerous gigs after he admitted to various cases of sexual misconduct [1], called Roseanne Barr. She lost her show because of a tweet some people deemed racist [2], at the request of the comedian [3].

Macdonald also expressed sympathy for the swift falls from grace that his two friends suffered.

“There are very few people that have gone through what they have, losing everything in a day. Of course, people will go, ‘What about the victims?’ But you know what? The victims didn’t have to go through that,” the comedian said.

Macdonald later apologized on Twitter and clarified his remarks.

“Roseanne and Louis have both been very good friends of mine for many years. They both made terrible mistakes and I would never defend their actions. If my words sounded like I was minimizing the pain that their victims feel to this day, I am deeply sorry,” he wrote.

A spokesperson for “The Tonight Show” said in a public statement about the cancellation of Macdonald’s upcoming appearance, “Out of sensitivity to our audience and in light of Norm Macdonald’s comments in the press today, ‘The Tonight Show’ has decided to cancel his appearance on Tuesday’s telecast.”

Leftists — including controversial comedian Kathy Griffin — have already been taking to social media to criticize Macdonald for daring to have an individual opinion and thinking out loud.

I can't get a Netflix special because I once had the audacity to share that a Netflix executive told me that because they had Chelsea Handler, they didn't need other women…

“F*** Norm Macdonald so much since forever,” wrote another user in response to Macdonald’s comment.

Norm Macdonald also said he didn’t know that racism existed until Sasha Baron Cohen’s show premiered this year. So maybe we should just… not listen to him? He seems not super well informed. Hard to make observational humor when you’re not like… observing.

Hot take, I've never thought Norm Macdonald was funny and was pretty sure all my comedy friends who did were either nuts or screwing with me.

Meanwhile, plenty of others have been sticking up for Macdonald, including comedian Rob Schneider.

He set his sights on the growing authoritarian state that aggressive online groupthink is creating.

Norm
Your friends and true fans know what you really meant or where you were going with your comments even if you didn’t exactly.
I love you https://t.co/3GDlOe1SDp [8]

Norm,
The whiners and screamers (nutballs) have won.
Soon every one will be too scared to speak. Soviet Style Totalitarianism American Style https://t.co/3GDlOe1SDp [8]

This outrage over Norm MacDonald’s interview is hilarious. Show compassion and common sense and the world calls you an out of touch dinosaur.

I haven’t watched any of the Netflix talk shows, but I am pretty excited for Norm Macdonald’s. https://t.co/19pcIiRwq3 [12]

To every disgusting leftist thug trying to destroy Norm Macdonald's career over voicing his honest and innocuous opinions: You are not the oppressed. You are the oppressors.

This idea of people losing jobs and opportunities because they express opinions that aren’t 100 percent politically correct all of the time has become ridiculous.

If the current culture continues down this path of suppressing and silencing every artist who dares to think out loud, we risk stifling creativity and depriving this world of original voices, as people self-police their own expression out of sheer fear.

Check out more on Macdonald’s comments in the video below: