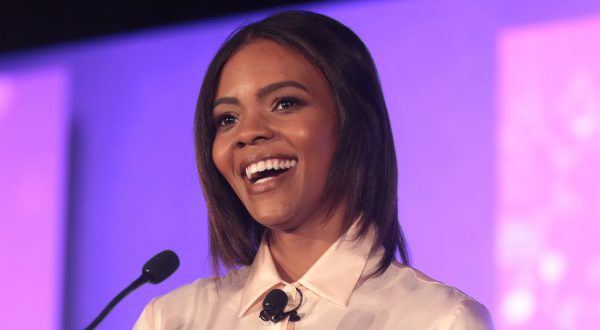 Ford is the California psychologist who alleges Kavanaugh tried to abuse her some 36 years ago at a Maryland house party, when they were both young high school students.

Owens, who is with Turning Point USA, made her comments during an interview on Fox News’ “Fox & Friends.”

Co-host Brian Kilmeade brought up the subject of an article from The Wall Street Journal, which asserted that if Republicans don’t defend Kavanaugh from these salacious accusations, said to be some 36 years old, they will pay the price this fall in the midterm elections and perhaps even beyond.

“I 100 percent agree. I have been very vocal in my support for Brett Kavanaugh,” said Owens.

She went on to accuse those on the Left of politicizing both sexual assault and rape.

“I spoke out early on against the #MeToo movement because I thought the writing was on the wall early on in exactly what they were going to do,” said Owens.

“Any movement that is rooted in victimization is going to be hijacked and weaponized by the Left, and that’s exactly what we’re seeing happen here,” she also argued.

Co-host Steve Doocy mentioned that Democrats want to stall the vote and do a thorough FBI investigation into Ford’s claims against Kavanaugh.

This in turn, would push the confirmation hearing closer to the midterm elections.

Senate Judiciary Chairman Chuck Grassley (R-Iowa) has now officially postponed the vote on the Kavanaugh nomination, which was to have taken place this Thursday.

“And that was their intent from the very beginning,” continued Owens, referencing the postponement.

“This is just the next logical step [from the Democrats] in trying to delay his confirmation, and they will do this by any means necessary. I think any person that actually supports sexual assault victims should be speaking out against this because this is absolutely, as I said before, disgusting, despicable behavior, and someone should be held accountable for this.”

President Donald Trump nominated Kavanaugh back in July to replace the outgoing Supreme Court Justice Anthony Kennedy. But it wasn’t until Sunday that Christine Blasey Ford publicly came forward via an article published in The Washington Post, claiming that Kavanaugh sexually assaulted her 36 years ago.

Ford, a psychology professor at Palo Alto University in northern California, derailed the traditional Senate confirmation process when she came forward publicly after her anonymous allegation was leaked last week.

Do you think Owens is right?

Or do you have a different opinion on the issue?