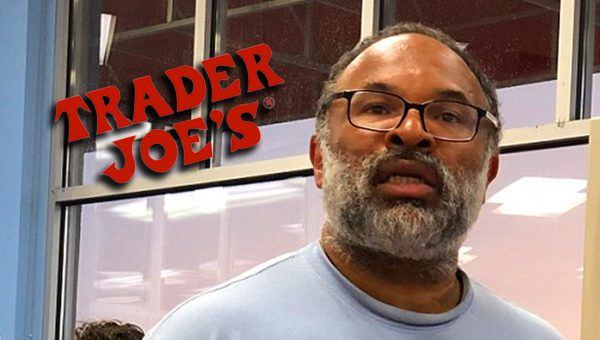 The life of an artist can be difficult.

Many actors and filmmakers have endless stories about various odd jobs they worked before they made it big. Some hit on hard times and have to go back to those odd jobs.

A recent report from the Daily Mail [1] revealed that one such artist may in fact be Geoffrey Owens, most famous for playing the character of Elvin Tibideaux on “The Cosby Show” from 1985 to 1992.

The Daily Mail story, which has made its way around social media, posts an unflattering photo of a now 57-year-old Owens, who appears to be working a cash register at a Trader Joe’s in New Jersey.

The Daily Mail even went so far as to do an in-depth interview with the two women who recognized Owens.

“I was just in Trader Joe’s and I said to my wife, I said, ‘Wait a minute, that’s the guy from The Cosby Show,'” said 50-year-old Karma Lawrence.

She added later, “I have never seen him at Trader Joe’s before. I was getting a bunch of groceries and he wasn’t really looking at anybody, but he said, ‘Have a nice day.'”

The Daily Mail story also made sure to point out the average hourly wage of a Trader Joe’s employee ($11 an hour) and the fact that Owens looked heavier than years ago when he appeared on “The Cosby Show.”

Since the end of “The Cosby Show,” Owens has actually managed to get fairly consistent acting work.

He had two humorous appearances on the still-running “It’s Always Sunny in Philadelphia” and appeared on a recent episode of “Lucifer.”

IMDB indicates that he still has acting jobs in the works [2].

Luckily, many people on social media have seen through the obvious clickbait and rushed to Owens’ defense for having an honest job and for being shamed for it.

So, 26 years after one TV job, this guy looks differently (shock) and is earning an honest living at a Trader Joe’s. The people taking his picture and passing judgment are trash. https://t.co/OUbOORk6jW [3]

.@cvpayne [5] pointed out this story. As a former series regular who also worked for minimum wage AFTER Hollywood I respect the hell out of Owens – every paycheck has dignity no matter the size https://t.co/reLzaHlMRc [6]

I hate stories like this. He’s a man working hard, there’s shame in publishing this story but not in this man’s job. https://t.co/ZaNxPAfjQu [11]