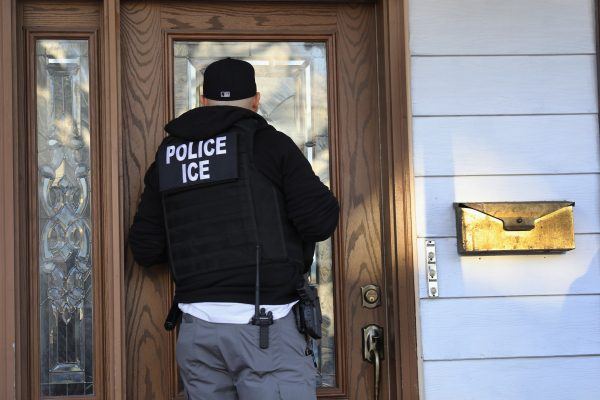 When a crime committed by an illegal immigrant is so egregious and the circumstances so unusual, it breaks out into national coverage.

Such is the case of Cristhian Bahena Rivera, a 24-year-old Mexican man charged in the murder [1] of college student Mollie Tibbetts, whose body was found in an Iowa cornfield last week.

But for every Rivera, there are hundreds of thousands of illegal immigrants who commit crimes that do not make news beyond their local communities. Those illegal immigrants consume most of the energy and time of Immigration and Customs Enforcement (ICE) officers throughout the country.

Yet much of the national coverage of the agency since President Donald Trump took office has focused on alleged abuses by the agency and calls by some Democrats to abolish it. The skewed coverage distorts public perceptions, according to some advocates of stricter immigration enforcement.

“I don’t think people have any appreciation of the huge numbers of crimes ICE deals with,” said Matthew O’Brien, director of research at the Federation for American Immigration Reform (FAIR).

O’Brien said that when he worked as a lawyer for the agency, he handled 16 to 20 deportation cases a day — and most of them involved illegal immigrants who had committed other crimes.

Statistics the White House highlighted this week indicate that 92 percent of noncitizens ICE picked up in fiscal year 2017 either had criminal convictions or pending criminal charges, were repeat immigration offenders, or had skipped out of immigration court hearings.

Immigration advocates argue that a hyperfocus on cases like Mollie Tibbetts and the 2015 killing of tourist Kate Steinle in San Francisco by an illegal immigrant obscures the fact that noncitizens are less likely to commit violent crimes than citizens.

Alex Nowrasteh, an immigration policy analyst at the libertarian Cato Institute, pointed to his analysis of prison data in Texas — one of the few states that keeps detailed records of the immigration status of its inmates.

“Public policy must be based on data and trends, not on horrific anecdotes like the murder of Mollie Tibbetts,” he wrote on the think tank’s website.

O’Brien questioned whether the estimate of crimes committed by illegal immigrants is accurate. But even if it is, he said, it is irrelevant to the enforcement of immigration law.

“Every crime committed by an illegal alien is an inherently preventable crime.”

“Every crime committed by an illegal alien is an inherently preventable crime,” he said.

The latest immigrant crime debate comes amid growing calls on the Left to abolish ICE. Sens. Bill Cassidy (R-La.) and David Perdue (R-Ga.) have introduced a resolution pushing back, opposing harassment of ICE officers and employees. That is a reference to protesters who blocked an ICE office in Portland, Oregon, with the seeming acquiescence [2] of the mayor.

“On behalf of the men and women of ICE, I want to thank Sens. Cassidy and Perdue for introducing this resolution and for standing in solidarity with ICE law enforcement officers and staff, especially at a time like this,” ICE Council President Chris Crane said in a statement. “The actions taken by Portland Mayor Ted Wheeler against ICE employees living and working in Portland are reprehensible, and we believe unconstitutional.”

Some immigration hard-liners expressed optimism that the American public does recognize the importance of ICE.

“They may be a little more aware of it since Trump has made such a big deal of it,” said Chris Chmielenski, director of content and activism at NumbersUSA. “I think people do get it and are starting to be even more aware of it.”

“I think a lot of people do appreciate what ICE is dealing with and want immigration laws enforced, not just against criminals,” she said. “People who live in areas with lots of illegal immigrants see that some types of crime are more associated with illegal immigrants.”