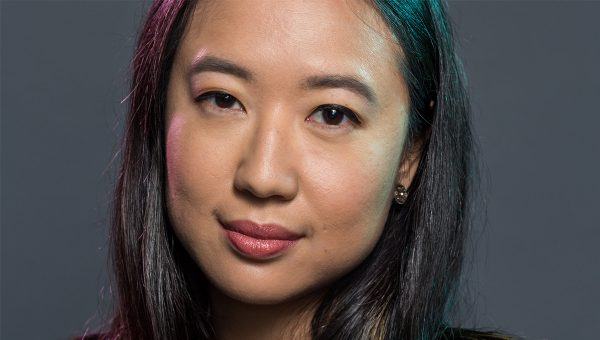 A 20-year-old college student is stalked and murdered by an illegal alien. If that outrages you, then you must be a racist, declares David Leonhardt, columnist and former Washington bureau chief for The New York Times.

“The main reason that Mollie Tibbetts’ horrible killing has received so much attention is racism. Tibbetts’ accused murderer is a Mexican immigrant, and large segments of the conservative media, including talk radio and Fox News, like to call attention to crimes committed by people with dark skin. It’s silly to pretend otherwise,” states the first paragraph of Leonhardt’s column.

In other words, there can be one, and only one reason why anyone would care or be horrified by the fact that a promising young woman was found rotting in a cornfield a month after she went out for a run. It is because her murderer had “dark skin.”

Don’t even bother protesting that assertion because only a silly person would do so — and serious folks like David Leonhardt have no time or inclination to listen to fools. You are guilty of the moral crime of racism until proven innocent, and the very attempt to prove your innocence is, in itself, proof of your guilt.

Furthermore, any extraneous facts that might justify outrage over this needless murder are summarily banished from the conversation. Cristhian Bahena Rivera, who has confessed to murdering Tibbetts, is described as a “Mexican immigrant.” The fact that Bahena Rivera is Mexican is irrelevant, and the assertion that he is an immigrant is factually incorrect.

Related: If the Left Treated Immigrants the Way They Do Guns … [1]

Leonhardt’s assertion is that the reason the “conservative media” is calling attention to this murder is because of Bahena Rivera’s nationality: Mexican. Had he been a citizen of a country where the population tends to be of lighter complexion, the folks on talk radio and Fox News would have given the story a pass — an implied charge highlighted by the inclusion of his nationality and the curious omission of a very important detail in Leonhardt’s description of Bahena Rivera. He is not a “Mexican immigrant”; he is an illegal immigrant — a material fact that is far more important than his being from Mexico.

This blanket smear is aimed at everyone who has taken the trouble to point out that if not for our loosely protected borders, a network of local sanctuary policies, and our refusal to utilize existing technology to prevent illegal aliens from working in this country, Bahena Rivera would not have been in Iowa to kill Tibbetts.

Ironically, it is leveled on the editorial page of a newspaper with its own stench of institutionalized racism. The pages on which Leonhardt’s commentaries appear is overseen by the paper’s editorial board, whose most recently appointed member is an overt racist.

Before being elevated to her lofty perch on The New York Times’ editorial board, Sarah Jeong (pictured above) was the creator of the quaint hashtag #CancelWhitePeople. A small sampling of Jeong’s memorable Tweets include gems like “White men are bulls***” and “White people have stopped breeding. you’ll all go extinct soon. that was my plan all along.” Eugenics, anyone?

Related: Bet They Didn’t Tell You About These Four Illegal Alien Crimes, Either [2]

Leonhardt’s column is more than an obnoxious smear against everyone who legitimately believes that the government has an obligation to enforce constitutionally enacted immigration laws that protect the interests and security of Americans, regardless of where the illegal aliens come from.

It is an assault on dissent. It asserts that people who support enforcement of immigration laws are not merely wrong or misguided. Rather, they are evil and, as such, their views must be dismissed by right-thinking folks who live, work, and attend cocktail parties in the tonier zip codes of Manhattan, the Hamptons, and other pockets of sniggering elitism.

The facts are clear: Mollie Tibbetts is dead. She is dead because the government failed to take reasonable precautions that might have prevented her killer — a citizen of another country — from entering and remaining in this country without authorization.

His country of origin is irrelevant, as is the color of his skin. To suggest that his nationality and his complexion, and not his illegal presence in the United States is the “main reason” people are outraged by this crime is rank bigotry on the part of Leonhardt and The Times.

Ira Mehlman is the media director at Federation for American Immigration Reform (FAIR).