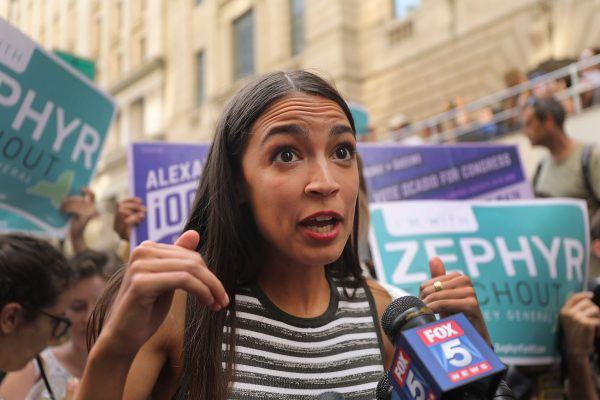 Democratic socialist Alexandria Ocasio-Cortez of New York has had harsh words for ride-sharing service Uber in the past, even blaming the company for the suicide of cab driver Doug Schifter.

The man killed himself with a shotgun amid his financial woes and worry after writing about his despair in a lengthy Facebook post [1].

“NYC’s fourth driver suicide. Yellow cab drivers are in financial ruin due to the unregulated expansion of Uber. What was a living wage job now pays under minimum,” Ocasio-Cortez noted on Twitter about another tragic death [2].

Ocasio-Cortez also frequently criticized the ride-hailing company for what she said was underpayment to its drivers.

She deemed its pay to them “exploitation” if the drivers didn’t receive at least $15 an hour, Fox News reported [3].

NYC's fourth driver suicide. Yellow cab drivers are in financial ruin due to the unregulated expansion of Uber. What was a living wage job now pays under minimum.

We need:
– to call Uber drivers what they are: EMPLOYEES, not contractors
– Fed jobs guarantee
– Prep for automation https://t.co/FjfapJV2ni [4]

So it would seem clear that campaign operatives of hers would discuss something the socialist candidate feels so strongly about, with appropriate instructions shared about transportation for campaign staffers — but that apparently isn’t the case.

Between April and late June of this year, the Ocasio-Cortez campaign recorded spending nearly $4,000 on Uber for what appears to be a whopping 160 rides by its staff, Federal Election Commission (FEC) records reveal [6], said Fox News.

The payments to Uber were for rides that were all taken in California — and the payments ranged from just 59 cents to $82.26. They were filed under “car service.”

No data are available yet for the months of July and August.

The FEC records also show that the Ocasio-Cortez campaign spent nearly $2,500 in New York for more than 90 rides with the ride-sharing startup company Juno. This company had billed itself as an alternative to Uber for drivers, as it offered slightly better pay and an option to gain company stock, the Independent Women’s Forum (IWF) reported [7].

Juno, however, is reportedly not much better for drivers than other ride-sharing companies. “It was sold in April to Israel-based Gett for $200 million,” noted IWF, “and immediately came under fire for scrapping the stock unit program for its drivers.”

This prompted a class-action suit by Juno drivers.

“Plaintiffs were victims of the classic ‘bait-and-switch’ scheme — promised equity and then paid off at pennies on the dollar when all other shareholders/investors made out handsomely,” the suit reads.

Ocasio-Cortez may not be a limousine liberal, but her campaign staffers do appear to be solid ride-share customers, despite her words to the contrary.

And on a related topic, see the ironic reason Ocasio-Cortez’s favorite coffee shop is closing, in the video below.