If they keep clinging to the stereotypes of those who support this president, the Left is likely to suffer very badly this fall

Wilkes-Barre, Pennsylvania — The Hartmans of Reading, Pennsylvania, a middle-aged couple, both of whom are veterans, are lifelong Democrats.

Or at least they were, until the 2016 presidential election, that is.

Robin Hartman, 58, and her husband, Larry Hartman, 69 — he served in the Vietnam War — joined nearly 9,000 other enthusiastic attendees Thursday night at a rally in Pennsylvania, headlined by President Donald Trump.

The president was there to support Pennsylvania GOP candidates for office, including Lou Barletta, who is running to unseat two-term Democrat Bob Casey in the U.S. Senate.

Related: Trump Reveals What He Did in One Hour That Obama Couldn’t Do in Eight Years

“I’m ashamed of the Democrats,” said Robin Hartman, who, like her husband, is a military veteran.

She now works as a truck driver.

“They made promises but never kept them,” Hartman told LifeZette. “Trump is keeping his promises.”

Case in point: In the city of Reading, where the Hartmans live, she said she now regularly sees billboards from companies seeking employees — something she had not seen before.

“We’re always looking for more drivers,” Hartman said of her own employer, adding that she regularly encourages job seekers she encounters to consider it a career.

President Trump underscored the phenomenal development of America’s plummeting rates of unemployment in his speech Thursday night, noting the historic lows for unemployment among African-Americans, Hispanics, and women. He said he’s determined to institute policies to ensure those numbers continue dropping even further.

Robin Hartman has personally seen a rise in her wages, too, which she attributes to Trump’s policies. She said she noticed the happy change following implementation of the Tax Cuts and Jobs Act.

Her bump in wages netted $47 more in her pocketbook every week — a meaningful difference to couples like the Hartmans and so many others.

Robin Hartman scowled disapprovingly when reminded of the infamous “crumbs” comment made by Rep. Nancy Pelosi (D-Calif.) about such benefits to working Americans, thanks to Trump’s policies.

“She doesn’t know,” she said of Pelosi’s out-of-touch and belittling remark. “That money means we can go out to eat, for example. It has made a real difference.”

Couples like the Hartmans — who, again, just to emphasize, were lifelong Democrats — spell trouble for the Democrats in the midterm elections this fall.

“I’ll vote for whoever will follow what Trump says,” said Robin Hartman, who is convinced the Trump administration’s policies and ideas are making and will continue to make important differences for her and for her fellow Pennsylvanians.

Middle-aged couples like this one aren’t the only folks who are defying the Left’s stereotypes of Trump supporters, either.

As the administration’s policies start generating undeniable benefits for the country as a whole, groups that traditionally supported the liberal agenda are changing their minds.

Just as some attendees were exiting last night’s rally, for example, they encountered a woman holding a sign —a sign they likely never expected to see at the event.

Those walking out expressed their support for the woman, who was fully decked out in campaign attire.

And if Democrats think they’ve gotten the youth vote all sewn up — well, they may want to think about that, too. 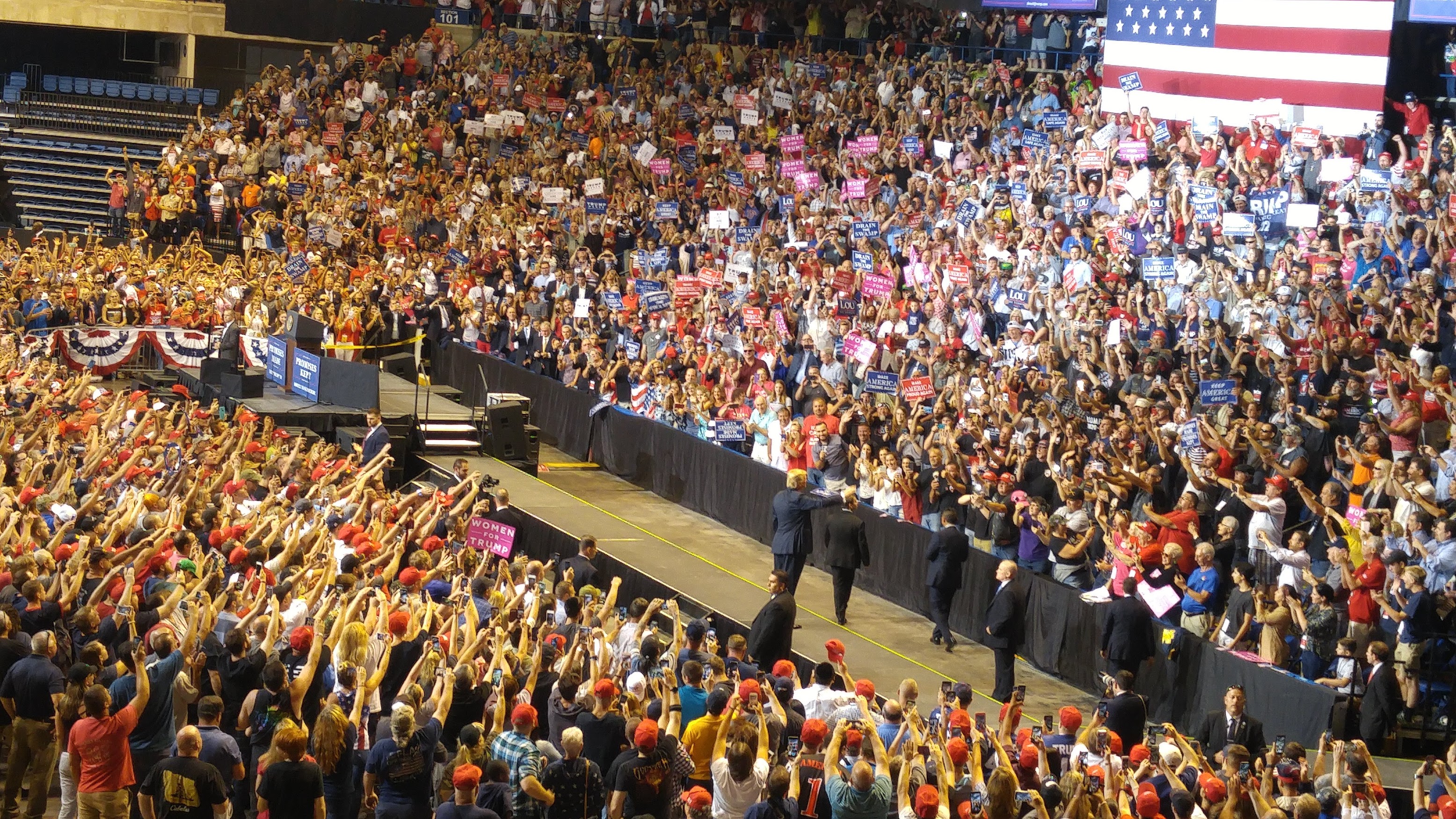 Many young people were among the crowd on Thursday — people who braved the rain and the summer heat and arrived several hours before the event to make sure they got a seat inside the Mohegan Sun Arena in Wilkes-Barre.

“We were standing in line, talking with three college kids and two other young working people,” rally attendee Judy Wheeler of central New Jersey told LifeZette. “There were so many millennials. It was so great to see. It gave us hope for the country’s future.”

The energy inside the Trump rally event was palpable. It was more than just a party atmosphere created by the multi-genre, concertlike, pre-rally music.

It was more than the raucous cheers and chants of “Lou, Lou, Lou,” and “USA, USA, USA.”

It was more than the flashing cameras and the sea of red hats as far as the eye could see.

It was the energy of real people of every American stripe, all sharing a belief in and a support for conservative policies.

These people and their firmly held beliefs constitute a force that is driving forward like a freight train ahead of the fall midterms.

Ricky Gervais doubles down on cancel culture attack: ‘People will call you Hitler if you’re mildly conservative on Twitter’

What could the first year of a Biden administration look like?