Rosie’s Big Fat Jam Session at the White House (Trump Wasn’t Even There!)

Controversial critic of the president's sure could use her time and resources to help others less fortunate; instead, she held a summer singalong

The liberal actress and longtime Trump hater Rosie O’Donnell could do so much more with her high profile.

She could ask for donations for the poor in our country, organize clothing drives for the needy, give shelter to our struggling American veterans — all with major help from her well-heeled Hollywood pals and her buds from Broadway shows in Manhattan, the ones with the supposedly deep pockets and the endless wells of sympathy for others.

Instead, O’Donnell clearly isn’t focused on that right now. She’d rather ride a bus from New York City to Washington, D.C., sing songs with some of Broadway’s best and brightest, and “protest” right outside the White House in Lafayette Park on a hot summer’s night while hearing the cheers and whistles and claps from other like-minded liberals.

She said it was to “inspire” the protesters at the White House — but seriously?

“Impeach 45!” a crowd of a few hundred chanted at one point on Monday night between musical numbers.

“Engage … Get more voters to the polls if you want to make a difference!” said a speaker at one interval.

Rosie and Co. failed to mention to the crowd that President Donald Trump — the man who clearly brought this group together — wasn’t even at the White House on Monday night. He was meeting with supporters and others in Bedminster, New Jersey, enjoying a small bit of well-earned vacation time and doing the work of the country, as he was elected to do and as he’s done since the moment he was elected in November 2016.

In a way-off-Broadway showcase that seemed more about fun and games and a fervent wish that things had gone differently for this group in 2016 than it did, the 56-year-old persistent Trump critic, together with a group of cast members from such plays as “Wicked,” “Hamilton,” “Phantom of the Opera,” “The King and I,” and “Les Miserables,” belted out classic favorites and show tunes like “Let the Sunshine In” from “Hair” and “Climb Ev’ry Mountain” from “The Sound of Music.”

“I support everything [being said] here,” one Virginia man said to LifeZette during the rally as he waved a few American flags back and forth. 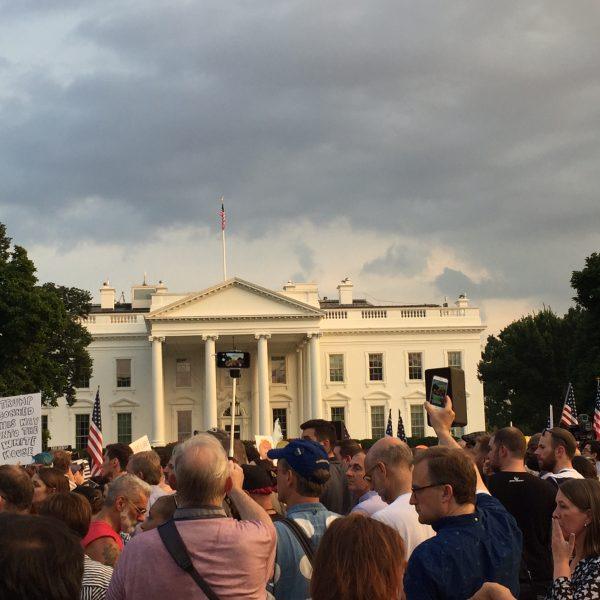 The event began at 7 p.m. at Lafayette Park and was livestreamed on the MoveOn.org Facebook page and elsewhere. The event marked night 22 of protests in front of the White House — and Monday night’s protest topics included voting this fall, the separation of adults and kids at the U.S. border, Brett Kavanaugh’s nomination to the Supreme Court — and that old chestnut, Russian collusion.

Ironically, a child was lost for a few minutes during all the singing, dancing, and general merriment — but soon was quickly reunited with a parent.

“It’s distressing to see a child without a parent for five seconds!” shouted one of the speakers — imagine, she then added, what it’s like for parents and children separated at the border for a far longer time than that (this was disingenuous at best; as we know, it’s not always “parents” who bring young children to the border in order to enter this country illegally, and sometimes when it is, it’s because those adults will do anything to get into this country).

“We are woke, and we are not going away,” said O’Donnell early on at the mic. 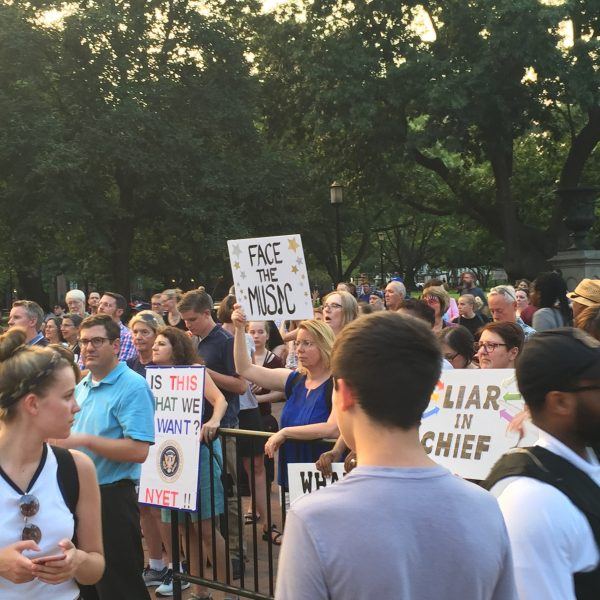 O’Donnell had tweeted out her plans ahead of the Monday night event.

Over the weekend she shared: “on monday august 6th — join me and broadway’s best singers as we join the kremlin annex protest #protestTRUMP.” 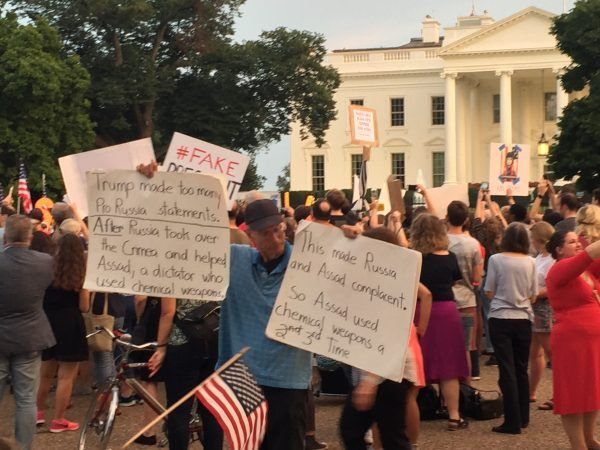 The comedian and actress has never thought much of Trump supporters — her fellow Americans, of course.

MORE NEWS: Savage: Ted Cruz Questions If Elizabeth Warren Has A Penis Or Not

“He’s taking the people who are easily fooled and fooling them over and over again to the point where we are now in this horrible predicament,” she told Variety for a piece that was published on Sunday. 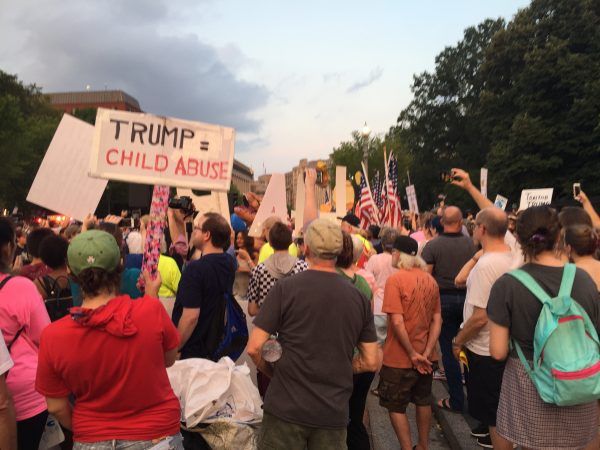 This isn’t the first time O’Donnell has brought her impotent anger to the gates of the White House.

She led a protest outside the White House in February 2017, hours before the president delivered his first address to Congress.

Related: Rosie O’Donnell May Have Some Legal Trouble in Her Future

Many of the Monday night “protesters” — and that moniker is truly a stretch — were blowing bubbles, clapping, and laughing in what looked to be a fun night out, a bit of respite on a Monday night, with other like-minded progressives.

There were, however, a few Trump supporters scattered throughout the crowd.

The liberal “protesters” and singers seemed to leave the pro-Trumpers alone as people mingled, clapped, waved signs and generally soaked up the summer-in-the-city fun. 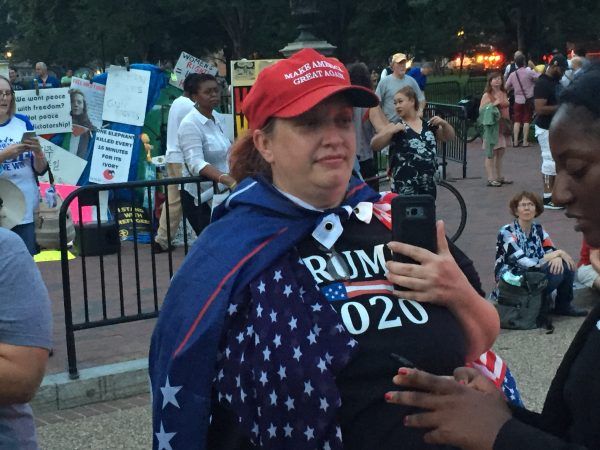 “I think it’s good that this is public,” an agricultural economist who was visiting D.C. from Berkeley, California, for a professional conference told LifeZette on Monday night. “It’s peaceful. It’s respectful.”

He said the speakers had acknowledged the presence and help of the Secret Service on Monday night. He said people with like views were simply and calmly gathering.

He then added, “Everyone knew Trump was in Putin’s pocket before [the] Helsinki [summit]. That meeting just proved it.”

But making any real difference for their cause — a “cause” that went almost completely unarticulated except for the clear Trump hate — seemed clearly a reach.

Instead, Rosie and her crowd — the happy social justice warriors, or so it seemed — were doing a lot of preaching to the choir.

And they’ve threatened to return, too.

Savage: Ted Cruz Questions If Elizabeth Warren Has A Penis Or Not