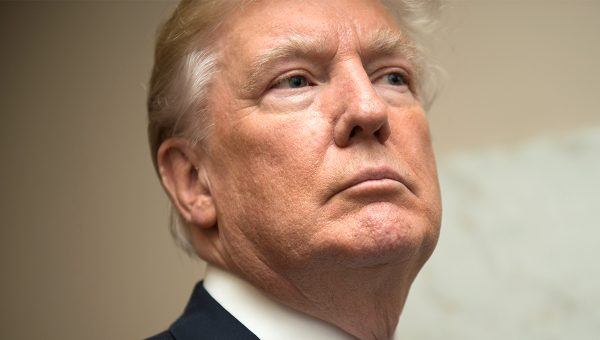 President Donald Trump described the status of Facebook, Google and Amazon as possibly being in a “very antitrust situation” during an interview Thursday with Bloomberg News [1].

The president did not indicate his position on whether the tech behemoths should be broken up, Ma Bell-style.

“I won’t comment on the breaking up, of whether it’s that or Amazon or Facebook,” said Trump during the Oval Office interview.

Though he declined to elaborate, the president did add that “many people think it is a very antitrust situation, the three of them,” Bloomberg News reported.

The president has long expressed concern that search platforms such as Google and social media titans, including Facebook and Twitter, systematically discriminate against conservatives.

Many other conservatives have expressed the same worries and beliefs.

Earlier this week, the president warned that the three companies were “treading on very, very troubled territory,” leading some to speculate that a plan could be in the works to take executive or legislative action to rein in the alleged bias.

The “troubled territory” tweet from Wednesday was one of several this week addressing similar issues.

Representatives from the companies appeared before the committee earlier this month [6] to address the foreign influence issue.

Facebook CEO Mark Zuckerberg testified before the House Energy and Commerce Committee back in April. During that appearance, he grappled with lawmakers’ pointed questions about alleged systematic bias on his platform, including, but not limited to, actions taken against the conservative duo Diamond and Silk [7].

Whether Wednesday’s hearings with the trio of tech titans will address Trump’s statements suggesting antitrust issues is not clear.

Time to break them up.