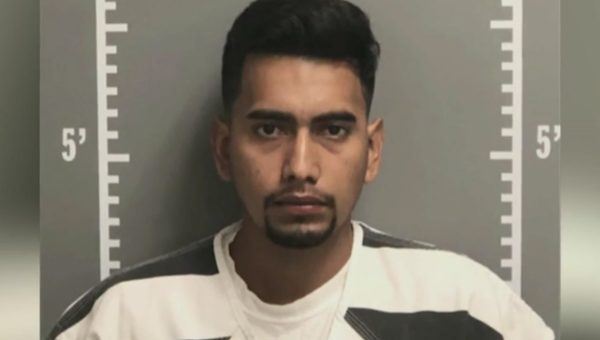 Cristhian Bahena Rivera, the Mexican national accused of killing 20-year-old University of Iowa student Mollie Tibbetts, stood in court on Wednesday morning to begin the process of answering for his alleged crimes.

While details about Rivera are still limited, the information gathered so far paints a chilling tale.

Appearing in court in Poweshiek County, Iowa, Rivera was represented by his attorney, Allan Richards. Two interpreters were present during the proceedings — and Rivera, who responded in Spanish, sat quietly and, for the most part, kept his answers largely to “si” and “no.”

So far, here’s what we know about this man:

The special agent in charge of the case at Iowa’s Division of Criminal Investigation, Rick Rahn, said Tuesday that law enforcement believes the suspect has been in the country for four to seven years.

2.) Rivera is unlikely to be a DACA recipient. Beneficiaries of the Obama administration’s Deferred Action for Childhood Arrivals (DACA) program must have lived in the country for at least five years before 2012, as explained by Fox News [1].

If the assessment of law enforcement officials is correct, Rivera’s earliest arrival date would have been in 2011 — seven years ago, leaving him outside the eligibility criteria.

3.) Rivera apparently has a child. Rivera has a three-year-old daughter, as the Daily Mail [2] reported.

The child and her mother were present during the courtroom proceedings on Wednesday.

That site provided screenshots of what appear to be the couple posing for a photograph with a small child in the background. It was posted Christmas Day in 2014.

Rivera himself was not connected with Tibbetts on the social media platform, reportedly.

Related: Five Other Heinous Illegal Immigrant Crimes You Didn’t Hear About This Week [4]

In a statement, the dairy farm owners — one of whom is a Republican who ran for secretary of agriculture in Iowa this summer — had said originally that they used the government’s E-Verify system to vet Rivera, and that they followed “all laws related to verifying employees are legal to work in the United States.”

Related: We Are All Mollie Tibbetts Today — Country Mourns This Senseless Murder [6]

But on Wednesday afternoon, Yarrabee Farms’ manager Dane Lang clarified that rather than E-Verify, the company “used a system relying on a driver’s license and Social Security card, but that Rivera provided false documents,” as KCCI TV [7], a CBS affiliate, reported.

In addition, Lang said they knew Rivera by another name — which they did not disclose.

6.) Rivera drove a car that was not registered to him as he stalked Tibbetts. Rivera was eventually identified with the help of a resident’s surveillance footage that captured images of Tibbetts running — and of Rivera driving a black Chevy Malibu back and forth.

The car was not registered in Rivera’s name, as Fox News [8] reported late Wednesday afternoon.

Citing the heinous nature of the crime and the fact that Rivera was in the country illegally, the judge granted Attorney General Scott Brown’s request to quintuple the bond from $1 million to $5 million, as CBS News reported [9].

Check out more about this case in the video below:

Congress, give President Trump the money to build the damn wall NOW. Mollie could be YOUR daughter. https://t.co/5TRLp3SnA5 [20] #FoxNews [21]