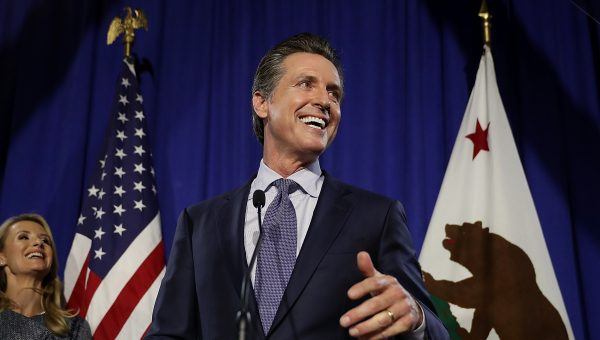 California Democratic gubernatorial candidate Lt. Gov. Gavin Newsom thinks that all illegal immigrants in the state should receive “universal health care” and pledged to make it happen after he wins in November.

“I’d like to see if we can control our own destiny. I’m not naïve about it. I did universal health care when I was mayor, fully implemented, regardless of pre-existing condition, ability to pay, and regardless of your immigration status,” Newsom, a former San Francisco mayor, said Tuesday on the podcast “Pod Save America.”

“San Francisco is the only universal health care plan for all undocumented residents in America — very proud of that. And we proved that can be done without bankrupting the city,” Newsom added. “I’d like to see that we could extend that to the rest of the state.”

He also fully backs the progressive idea of universal health and told the podcast that the effort to implement the policy nationwide needs to be led by the “governor’s office” instead of the state legislature.

“The executive needs to lead it,” Newsom insisted. “Obamacare would not have happened if it was just exclusively a legislative fiat.”

Although Newsom praised House Minority Leader Nancy Pelosi (D-Calif.) for doing “a magical job of organizing it,” he noted that her efforts still “required the concerted efforts of the president of the United States.”

“It’s the issue that animates most of the voters I talk to still, even in this post-Obamacare world,” Newsom said of universal health care. “That process can be done without a bill. That process should be done by the next governor.”

Related: Nobody Should Be Surprised That Democrats Are Going Socialist [1]

When asked about the challenges of financing statewide universal health care, Newsom replied, “It’s the transition that’s the challenge … It’s going from something old to something new, where the whitewater is.”