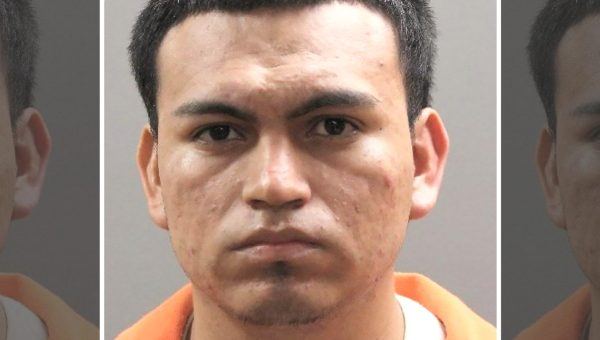 The murder case of an unidentified Long Island teenager has led authorities to a known MS-13 gang member whom immigration officials already had in custody.

Carlos Benitez-Hernandez (shown above), a 21-year-old who has confessed to being a member of MS-13, is believed to have used a machete and sharp objects to hack and stab a teenager to death about a year ago, Newsday [1] reported.

Authorities are holding Benitez-Hernandez and four other members of the El Salvador gang syndicate in connection to the murder.

On Aug. 13, 2017, the teenager was killed off the Meadowbrook State Parkway in New York, according to law enforcement officials. The gang is known to strike in wooded and secluded areas, Fox News noted [2].

“The defendant viciously and barbarically attacked another person, killing him,” prosecutor Jared Rosenblatt said Thursday at the suspect’s arraignment on second-degree murder charges.

“He has a violent criminal history, with weapons, gang assault, and intimidating a victim,” homicide detective Lt. Stephen Fitzpatrick said of Benitez-Hernandez.

The judge ruled Thursday the suspect is to be held without bond. Authorities did not identify the deceased teenager, Fox News [2] reported.

The murder charges mark the 10th time since 2016 that MS-13 gang members have been tied to homicides in Nassau County, Newsday reported.

Nationwide, the MS-13 gang has made its murderous presence felt. Miguel Angel Corea Diaz, a 35-year-old drug “kingpin” being held in Nassau County, recently made headlines for complaining [3] about discrimination in the U.S.’s “unbearable” jails.

Eleven MS-13 gang members, nearly all of them illegal aliens, were charged [5] in June for the slaying of two teens in Virginia.

The suspect had come to the country illegally as an unaccompanied minor.

In May, a member of the gang was charged [6] with a Texas man’s murder. The suspect had come to the country illegally as an unaccompanied minor.

In addition to murder and drug smuggling, the criminal syndicate is notorious for human trafficking [7].

Nonetheless, the Democratic Party has objected [8] to President Donald Trump’s characterization of the violent criminals as “animals [9].”

See the video below for more on this issue: