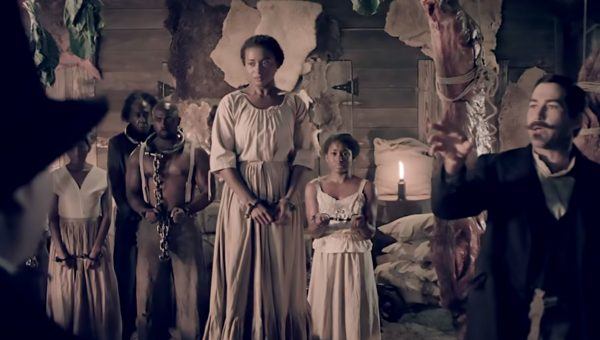 Dinesh D’Souza’s films have thus far successfully taken on the presidency of Barack Obama [1], the history of the Democratic Party [2], and America’s role [3] in the world.

In his latest, “Death of a Nation,” he takes Trump critics head-on by drawing comparisons [4] between Donald Trump and Abraham Lincoln. The film is based on two of D’Souza’s books, “The Big Lie” and “Death of a Nation.”

More than century ago, Democrats refused to accept the results of a free election, as a description of the film [5] notes. The result was the targeted smearing of Lincoln, a war to defeat him — and, ultimately, his assassination.

D’Souza also addresses the impact of the Left’s disturbing tactics — such as casting President Trump and all those who support him as Nazi-like — in the face of Hillary Clinton’s stunning 2016 election loss.

D’Souza and Molen also teamed up earlier, in 2012, for “2016: Obama’s America,” which examined the potential impact on the country of a second term for then-President Barack Obama.

D’Souza has continued to defy mainstream liberal Hollywood by becoming one of the most successful documentary filmmakers around, matched in box-office results only by leftist Michael Moore.

Conservative fans have thus far been praising “Death of a Nation,” which hits theaters today, as a must-see project — while mainstream critics have predictably awarded it literally zero positive reviews on Rotten Tomatoes [6]. Which group will you listen to, in the end?

I was honored to be on the red carpet with @DineshDSouza [7] last night! Death of a Nation is a powerful movie and it features brand new @Project_Veritas [8] undercover videos from inside Antifa! Take a look: pic.twitter.com/tvAD4mkZ0B [9]

.@DineshDSouza [7] ‘s Red Carpet premiere event for his new documentary 'Death of a Nation', CO-Hosted by @DonaldJTrumpJr [11] . This film is a great reminder about what the left really stands for and why conservatives must never stop fighting for freedom and liberty. ?? pic.twitter.com/0p2XgRSWtP [12]

Thank you @DineshDSouza [7] for inviting us to “DEATH OF A NATION” it is truly amazing!Everyone go and see this amazing film! ??https://t.co/osnzuVCD20 [14] pic.twitter.com/FLR4dL9rJu [15]

Death of a Nation is an amazing film! Bring your favorite Liberal and educate! #DeathOfANation [17]

Great new movie by @DineshDSouza [7] Death of a Nation. Humble and genuine person in real life. The movie is a must see. Five stars in my eyes. pic.twitter.com/uw9hsRrehf [19]