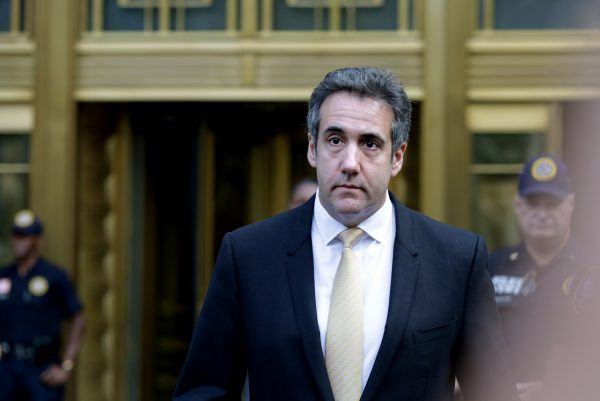 Michael Cohen will have to offer “something other than his own word” that Donald Trump told him to violate campaign finance law in 2016 by paying two women alleging affairs to silence them before Trump will face legal jeopardy, former Deputy Assistant Attorney General Thomas H. Dupree Jr. said Tuesday night on Fox News’ “The Ingraham Angle.”

“For me, what this ultimately is going to come down to is whether Cohen has something other than his own word that this is what happened, that these payments were made for the purpose of influencing the campaign, that they were done at the direction of, presumably, Donald Trump,” Dupree said.

Cohen (pictured above) was Trump’s personal lawyer during the 2016 presidential campaign.

“If Cohen has Trump on tape, if Cohen has evidence to support his allegations, then it could pose greater jeopardy for the president,” Dupree added. “But right now all we know is it’s just Cohen’s word against, presumably, the president’s word.”

Cohen reached a plea deal with prosecutors Tuesday on eight felony counts — two of which concerned campaign finance law violations. He pleaded guilty to facilitating payments to two women who claimed to have engaged in affairs with Trump — Stormy Daniels and Karen McDougal.

Cohen now claims that he paid the two women with the “coordination and the direction of a candidate for federal office.” The unnamed “candidate” is presumed to be Trump.

Dupree also warned that “one of the most complex and byzantine areas in the entire sphere of federal law” involves the election code and its violations.

“Lawyers will argue … about whether something constitutes an election violation or it doesn’t. And I think this is no different,” Dupree said.

Cohen reached his plea deal the same day that former Trump campaign chairman Paul Manafort was convicted on eight of 18 criminal counts related to financial and tax fraud. The judge declared a mistrial on the other 10 counts when the jury could not come to a conclusion.

Although Manafort found himself in special counsel Robert Mueller’s crosshairs as part of the probe into allegations of collusion between Trump campaign officials and Russian interests, none of Manafort’s charges were linked to the 2016 presidential campaign.

Harmeet Dhillon, founder of the San Francisco-based Dhillon Law Group Inc. and Republican National Committeewoman for California, warned that Democrats and media pundits will continue to go “crazy” by “imputing guilt by association” for Trump.

“Yet, after all this money, all this effort, all this drama, all these indictments — all you’ve got is zero to do with Russian collusion,” Dhillon said. “The only person who committed campaign finance violations with respect to Russia, with respect to foreign countries, is Hillary Clinton. And she never got indicted.”

“I think this really underscores for the president’s position that this is a witch hunt, and it has no legitimacy and needs to end,” Dhillon said of the Mueller probe.

As for Manafort in particular, Dhillon said, “We don’t see anything about the president, about Russian collusion, or anything other than irregularities in his taxes and statements to banks.

“It’s got zero to do with the president and it just frankly underscores that, but for his closeness to the president, he probably wouldn’t have been prosecuted. It’s part of the narrative of the unfair witch hunt, here.”

Dupree predicted that the Manafort verdict posed “no legal jeopardy” to the president.

“I think, at most, the president is guilty of making a very poor personnel decision when he chose Manafort to be his campaign chairman,” Dupree said. “I tend to think if Manafort had something of value to give to Mueller and he was willing to turn it over to Mueller, you’d think Mueller would have it by now.”