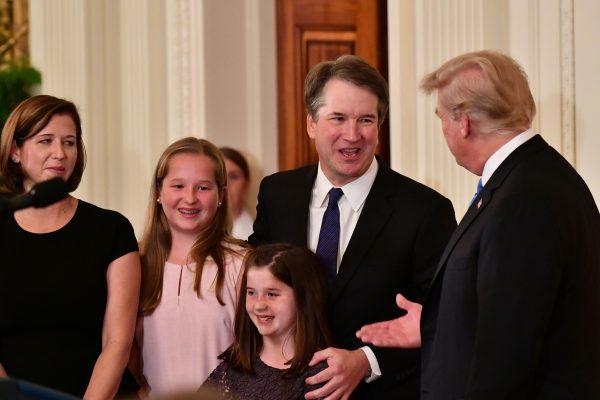 President Donald Trump has the media abuzz with commentary about Judge Brett Kavanaugh, his choice to succeed Justice Anthony Kennedy on the Supreme Court.

However, one issue not being discussed is the fact that the court’s recent decision in Trump v. Hawaii has made it essential that the president appoint a new justice with a solid, advanced understanding of immigration law.

Here’s why. Trump v. Hawaii has been hailed as a vindication of the current administration’s attempts to restore the rule of law to our immigration system. A five-justice majority upheld the so-called Trump travel ban and affirmed that Congress explicitly provided the president with authority “to suspend or restrict the entry of aliens in certain circumstances.”

Nevertheless, the court’s opinion may ultimately wind up being more significant because of the key issue it didn’t address. Under the precepts known as the Plenary Power Doctrine, the Supreme Court has consistently held that there are certain governmental powers the Constitution assigns absolutely to a particular branch of government.

Plenary means “unconditional” or “unlimited,” and, in this context, it refers to authorities that Congress or the executive branch may exercise according to their sole discretion, without review by the judiciary.

Over the past century, the Supreme Court has been remarkably consistent in holding that executive branch decisions on whether to admit a particular alien to the United States are, under the Plenary Power Doctrine, not subject to review by the federal courts:

Sing and Harisiades are only two of the many cases in which the Supreme Court applied the Plenary Power Doctrine to immigration matters.

When he issued the travel ban proclamations in question, Trump was both exercising powers committed to him by the Constitution and acting on an explicit grant of immigration authority conferred by Congress.

Had it ruled within the bounds set by its own precedent, the court should have held that it lacked any authority to render an opinion on the proclamations. Accordingly, the decision in Trump v. Hawaii should have been a slam dunk in favor of the president, requiring minimal reflection by the justices and only a summary opinion to dismiss the matter.

Related: How Trump Can Use Travel Ban Win to Fix Vetting of Immigrants [2]

The court’s refusal to address the Plenary Power Doctrine when opining on this matter should be a significant cause for concern. The goal of the more left-leaning justices is obvious: They want the Supreme Court to function as a type of supra-legislature with the authority to overrule any executive or legislative branch action that does not fit their progressive internationalist agenda.

The failure to apply the Plenary Power Doctrine leaves open the possibility for the court to overrule future presidential proclamations made pursuant to 8 U.S.C. §§1182(f) — the statute at issue in Trump v. Hawaii — or other, similar statutory provisions.

The appointment of any justice who does not understand that the Constitution ends at America’s borders is a step down the road to national suicide.

Any such decision would, in effect, grant all foreigners living outside the United States access to our courts should they wish to challenge a refusal to admit them to our territory. And that would signal the end of any meaningful control over our borders.

Immigration is the single most significant issue that the United States is currently confronting. A complete loss of control over our borders would constitute an existential crisis on par with a foreign military invasion or a violent coup d’etat.

Therefore, we must begin appointing Supreme Court justices who reject the absurd notion that the Constitution somehow guarantees foreigners a “right” to enter the United States. Because the appointment of any justice who does not understand that the Constitution ends at America’s borders is a step down the road to national suicide.

Matt O’Brien is the former chief of the National Security division within the Fraud Detection and National Security Directorate at U.S. Citizenship and Immigration Services. He has also served as assistant chief counsel in U.S. Immigration and Customs Enforcement’s New York District. He is currently director of research at Federation for American Immigration Reform (FAIR).