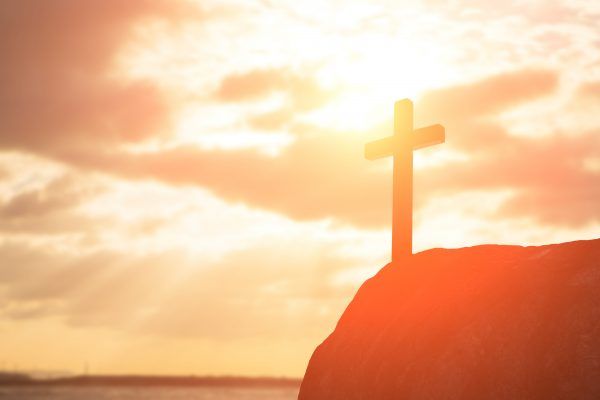 Summer is supposed to be a time of repose, and that has bid me to reflect on how our Lord himself “rested” on the Sabbath.

That image intensifies the fact, corroborated in the totally separate sphere of physics, that he brought all things into existence from a “void,” the word for which we draw from Greek as “chaos.” God is not a God of chaos but of peace (1 Corinthians 14:33).

The saints, in the most tumultuous times, have an inner serenity reflecting this.

Our nation now boasts unprecedented material prosperity and thankworthy low unemployment, but these benefits can only be enjoyed if man’s true joy is found in God.

Despite the many favorable indexes of our current material order, there seem to be unprecedented explosions of chaotic hatred and bitterness in daily discourse. These are polemical evidences of separation from the consolations of holiness. Atheists are the bitterest of people, and those who cloak their distance from God under the euphemisms of secular progress become most violent when the philosophical bubble in which they have been comfortable is punctured by reality.

Because the human life is meant for happiness, people will strive for peace of soul, unless they decide to make a bargain with Satan: “Evil, be thou my good.”

For instance, the chaos unleashed by atheistic communism in Russia was truly diabolic, and not merely a malfunction of socio-economic policy. It is recorded that Stalin, one of the world’s worst mass murders, died with a frightening look in his eyes, as he pointed an evil finger at those around his deathbed. And yet, his cooperator in evil, Georgy Malenkov, who succeeded him as premier of the Soviet Union, escaped purges and died in 1988, a convert in the calm embrace of Russian Orthodoxy, singing in a choir at the Divine Liturgy.

Related: Beware the Prejudice Against the Faithful in Today’s Society [1]

Stalin’s daughter, Svetlana Alliluyeva, understandably perplexed throughout life, became a Roman Catholic in 1982 on the Feast of St. Lucy the Martyr, and after years in exile as a daily communicant, she died in Wisconsin in 2011.

This is the peace “not as the world gives” (John 14:27), but as only Christ can convey it, and every Christian is commissioned by baptism to show it to others.

I suppose this is prelude to mentioning that Ignatius Press has just published a collection of my essays, entitled “Calm in Chaos.”

I cannot claim these essays will calm unsettled minds, perhaps the opposite; but they might offer some repose in these warm weeks, occasioning thanks that our God is not a God of chaos.

Fr. George William Rutler is a Catholic priest and the pastor of the Church of St. Michael in Manhattan. This article, from his parish church bulletin, is used by permission.