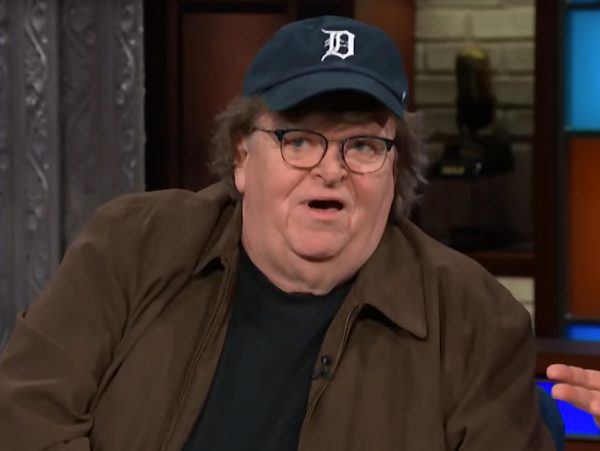 Controversial filmmaker Michael Moore released a list of “8 Actions” [1] this week that he believes are required to stop President Donald Trump’s nomination to the Supreme Court, Judge Brett Kavanaugh.

Suggestions included everything from “nonstop aggressive action everywhere” to finding the “skeletons in every closet.”

Moore also said Trump should have no right to nominate anybody while “under investigation and possible indictment for treason.”

The “Bowling for Columbine” director also attacked any Democrats who dared work with the president on this nomination.

He wants to “punish all Democratic collaborators and centrist pundits/media who praise Trump’s choice in order to pacify and halt any opposition.”

He even reduced himself to pleading with a Republican — Sen. John McCain (R.-Ariz.), that is.

“Please, John McCain, if you’re able, please speak out,” wrote Moore. “Ask your fellow Republicans in the Senate to take a stand against Trump. One last favor to you, who gave so much to his country.”

Michael Moore’s upcoming film “Fahrenheit 11/9” focuses on Trump’s journey to the White House. It will be released September 21 — right before the midterm elections.

Moore previously produced a Broadway show about Trump [2] and released a documentary, “Michael Moore in TrumpLand,” [3] right before the 2016 presidential election. Based on all of this, it’s easy to say the filmmaker has been more prolific than ever under the current president.

It appears that Trump — for Moore — has been a way for him to cash in and re-earn some points with leftists, as he remained fairly silent [4] during Obama’s eight years in office.

Moore’s rhetoric has grown increasingly alarming in recent weeks. On top of his suggestion for “nonstop aggressive action,” he also recently said anti-Trumpers need to put their “bodies on the line” [5] in order to stop the president.