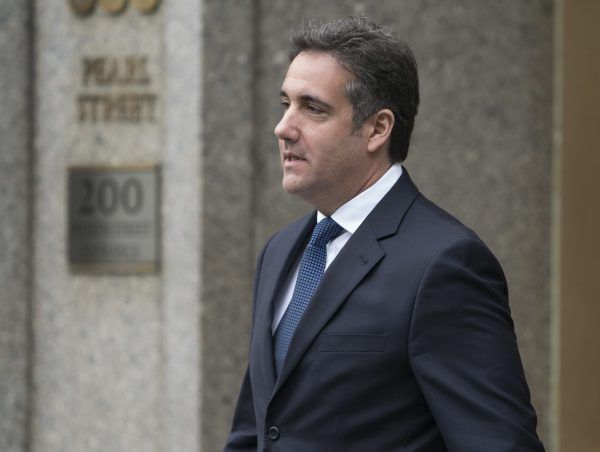 “On its face, the raid on then-President [Donald] Trump’s lawyer seemed abusive and out of line,” Judicial Watch President Tom Fitton said in a statement. “So it is not surprising that the [Robert] Mueller special counsel and the Justice Department would ignore FOIA law and refuse to respond to our basic requests for information about this extraordinary raid.”

Cohen, a longtime Trump aide who was previously an executive vice president in The Trump Organization, became the subject of intense government scrutiny in April following FBI raids on his home, his office, and a hotel room where he worked. The raids were related to Mueller’s probe into allegations of collusion between Trump’s 2016 campaign and Russian interests seeking to influence the outcome of the U.S. presidential election.

The FBI agents reportedly sought documents regarding Cohen’s communications with Trump, based on a referral from Mueller that Deputy Attorney General Rod Rosenstein approved after the U.S. attorney for the Southern District of New York, Geoffrey Berman, a Trump appointee, recused himself from the case.

Judicial Watch first sought [1] “any and all records of correspondence and communications between the office of Deputy Attorney General Rod Rosenstein and the office of special counsel Robert Mueller concerning, regarding, or relating to the April 9, 2018, raids on the office and hotel room of Michael Cohen” on April 12.

Judicial Watch also sought on April 12 the FBI’s search and seizure warrant and its application, along with “all records about the recusal of U.S. Attorney Geoffrey Berman from the Michael Cohen investigation.”

Shortly after the FBI’s raid, Harmeet Dhillon, founder of the San Francisco-based Dhillon Law Group Inc. and Republican National Committeewoman for California, told Fox News host Laura Ingraham on “The Ingraham Angle” that it was “outrageous and unprecedented” for the FBI to seize “any attorney’s communications with his client” in such an aggressive fashion.

“So this is a chilling effect,” Dhillon warned at the time.

Also on the same segment of “The Ingraham Angle,” Solomon Wisenberg, former deputy independent counsel for Kenneth Starr’s Whitewater-Lewinsky investigation of former President Bill Clinton, said that “this is an extraordinarily aggressive prosecution move” from the FBI.

“You’re only supposed to do it if less intrusive means … a subpoena [is] not available or won’t work,” Wisenberg said. “And to do it when the attorney is the attorney for the president of the United States is quite amazing. Now, it’s too early for us to tell, you know, whether it’s right or wrong or valid. But I can tell you it is outstandingly aggressive.”

Judicial Watch announced its lawsuit the same day ABC News aired an exclusive interview with Cohen, which it billed as Cohen’s “first in-depth interview since the FBI raided his office and homes in April.”

“My wife, my daughter and my son have my first loyalty and always will. I put family and country first.”

The network noted that Cohen “strongly signaled his willingness to cooperate with special counsel Robert Mueller and federal prosecutors in the Southern District of New York — even if that puts President Trump in jeopardy.”

Cohen told ABC’s George Stephanopoulos that “my wife, my daughter and my son have my first loyalty and always will. I put family and country first.”

It is not known how Mueller has sought to induce Cohen to provide evidence or testimony against Trump or anybody else associated with the president.