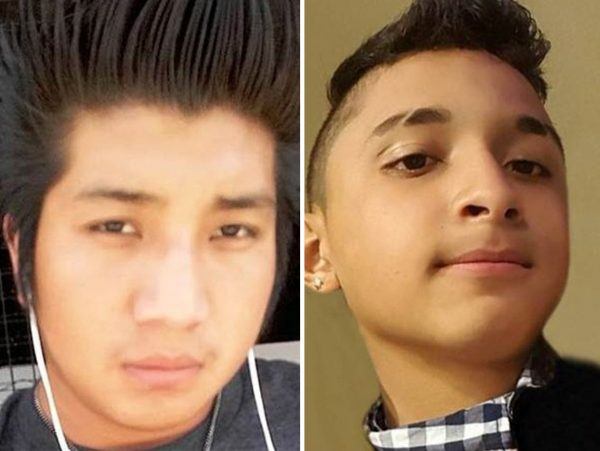 Eleven MS-13 gang members — all of whom are illegal immigrants except one — are facing life in prison after being charged in the kidnappings and deaths of two teens whose bodies were dug up in a Virginia park last year.

The ages of the male gang members charged Friday ranged from 20 to 27. All of them are from El Salvador and only one — who is believed to have fled the country — is not in police custody, according to NBC Washington.

The two teens disappeared just weeks apart the prior year.

After Mendez vanished and was reported missing by his family, his brother tracked down Triminio — one of his friends — who revealed to him that Mendez was “abducted or killed” because the MS-13 members thought he was allied with a rival gang.

Two days after that reported conversation, Triminio, who lived near Holmes Run Park, disappeared while taking out the trash.

“He never came back,” his mother said.

Investigators believe Triminio was killed because the MS-13 members thought he was working as a police informant, a federal indictment said. A court-ordered electronic monitoring device that Triminio was wearing, per his probation orders, stopped working the day he vanished, the documents added.

Eleven MS-13 members *all from El Salvador* have been charged with kidnapping and murder of two teenagers in *Alexandria, Virginia* https://t.co/KUpYqtViwd [1]

All but one of the men facing the conspiracy to kidnap charges are reported to be illegal immigrants, and one suspect is facing a conspiracy to commit murder in aid of racketeering charge.

MS-13 was started by Central American immigrants, mainly from El Salvador, in Los Angeles in the 1980s and has expanded to include Hondurans, Guatemalans, Mexicans, and other Central and South Americans.

President Donald Trump’s Justice and Homeland Security Departments have made targeting the gang a top priority. The president himself has used the word “animals” to describe the gang.