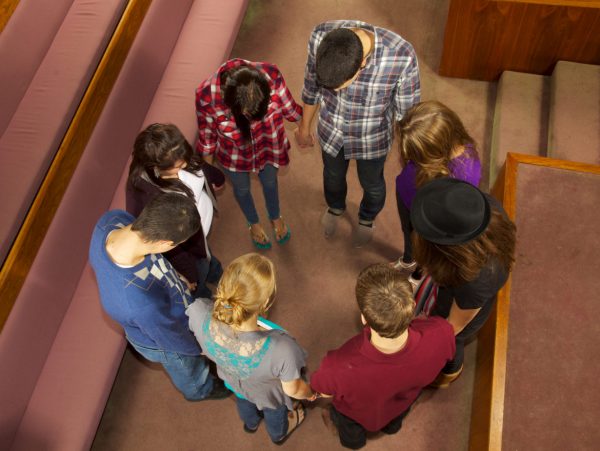 I think the heroic 19th-century archbishop in Cuba, Anthony Mary Claret, was off the mark when he disapproved of laughter because Jesus is not known to have laughed.

I might be a bit glum, too, if I had barely escaped 15 assassination attempts. But Ignatius of Loyola said, “Laugh and grow strong,” and John Bosco protested, “I want no long-faced saints.” Philip Neri kept a book of jokes, and Teresa of Ávila prayed: “Lord, save me from these saints with sullen faces.”

The Bible is a cornucopia of laughter in all its forms. There is cruel laughter, as when the Philistines mocked the blinded Sampson (Judges 16:25). Sarah laughed cynically when told that she and Abraham would have a child. Jesus himself was the target of ridicule when He said that the daughter of Jairus was not dead, and most viciously when the soldiers crowned Him with thorns. “Their laughter is wanton guilt” (Sirach 27:13).

Then there is gracious laughter, or “risibility,” which Aquinas said indicates human rationality. Reason can be misused, so laughing at what is sad is insane, and artificial heartiness, accompanied by insincere guffaws and Falstaffian backslapping, is vulgar.

Dostoyevsky named laughter as “the most reliable gauge of human nature.”

Did Jesus laugh? The Quaker theologian Elton Trueblood wrote a book, “The Humor of Christ,” inspired by his seven-year-old son, who burst into laughter upon hearing the Lord speak of the hypocrite who ignores the log in his own eye.

For the first time, Trueblood recognized the pointed playfulness of the Master’s hyperbole.

The Suffering Servant (Isaiah 53:3; 1 Peter 2:24) wept when Lazarus died and when Jerusalem shuttered itself against Him, and hardest of all in His agony surrounded by twisted olive trees. But surely, He did not frown when he gathered children around him, or when He dined with disreputable people, for which He was criticized by the prune-faced Pharisees (Matthew 11:19).

In the Beatitudes, He promised that those who mourn would laugh, and He was most blessed of all.

The Christ in him could also say: “I laugh because you do not.”

As perfect man, his risibility was perhaps like the sound of a violin that most thrills someone with perfect pitch. Emerson said that “Earth laughs in flowers.”

You might say that Jesus laughed with the wildest flowers because they were more splendid than Solomon. Mirth is an interior disposition for happiness, far different from frivolity, which is why Chesterton said that Jesus hid it, not compromising the outward protocols of Semitic gravity.

Related: Christ Used the Image of the Vine to Explain That All life Is Contingent [1]

Laughing and weeping support each other. “A merry heart does good like a medicine” (Proverbs 17:22), and “Sorrow is better than laughter, for by the sadness of the countenance the heart is made better” (Ecclesiastes 7:3).

That nearly perfect mortal, John Vianney, told an imperfect penitent: “I weep because you do not.” T

The Christ in him could also say: “I laugh because you do not.”

Fr. George William Rutler is a Catholic priest and the pastor of the Church of St. Michael in Manhattan. This article from his parish church bulletin is used by permission.