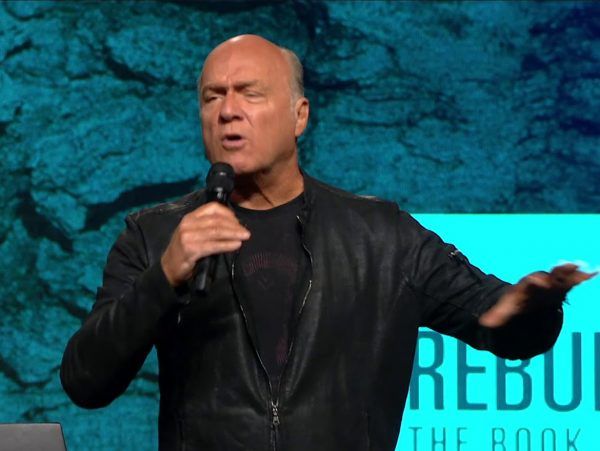 The death of a beloved child is the unthinkable for parents. It is so unimaginable that people often say that if it happened to them, they wouldn’t be able to go on.

But in the heartbreaking event it does happen, it tests one’s bedrock faith as nothing else.

“When you lose a child, you join a very exclusive club you never wanted to be in,” Greg Laurie told LifeZette in an interview. He’s the senior pastor of Harvest Christian Fellowship, one of the largest congregations in America with campuses in California and Hawaii. The pastor, author, filmmaker, father and grandfather lost his adult son, Christopher, in a tragic accident in 2008.

Losing a son or daughter is such a devastating affront to the natural order of things that it’s hard for people to wrap their minds around the reality, much less talk about it.

Having suffered it himself, Laurie is uniquely positioned to offer insights on this sensitive topic.

“It’s shocking to me at times when I speak on this subject — the responses I get,” he told LifeZette. “I realize there are so many people that this has happened to, and I think they’re all looking for someone to talk with about it.”

Just under 12 percent of Americans ages 50 and older will face the death of a child, according to a study by researchers at the University of Texas at Austin, as reported [1] in The New York Times. Within the membership of that small group, people of faith regularly find themselves questioning God — even pastors are not immune.

“You have this loss and it makes no sense. ‘Didn’t I already do enough suffering? Do I have to go through this?'” said Laurie, describing some of his initial reactions to the news of his son’s death.

Why do some succeed while others fail? It comes down to choices – hundreds and thousands of choices we make every day, every week and every year. We make our choices, and then our choices make us.
Read more athttps://t.co/aKW5WXHMDk [2]

For Laurie, those natural reactions were soon accompanied by a sense of God’s presence, and confidence that God was with him as he faced the horrific reality. (Even Jesus cried out to the Father for relief at Gethsemane as He faced His own death.)

At some point after the loss, Laurie said he and others in grief who are able to move ahead with their lives stopped asking God, “Why?” and starting asking, “What now?” The Bible says you can comfort others with the comfort you’ve received, said Laurie — adding that his personal experience gives him a great deal of empathy and compassion for others who have suffered similar pain.

As we approach Mother’s Day and Father’s Day, we might ourselves consider offering an extra portion of love, support, and compassion for this very special group of parents.

"Time heals many wounds, but not the loss of a child."

Thank you for saying that.

Laurie will be leading what promises to be a record-breaking event next month. Harvest America 2018 [7], a nationwide crusade, returns for the second time to AT&T Stadium in Dallas on June 10.

Shortly after that is Father’s Day, and one month after that, Laurie and his family will face the 10th anniversary of the death of Christopher.

Related: ‘It’s a Special Privilege to Have a Heavenly Friend as an Encourager’ [8]

“God was with me and He sustained me, and it wasn’t easy,” said Laurie of his loss. “And it still isn’t easy. It was very hard. But He went with me through it.”

He added, “I have taken this pain, and I’ve used it as a tool to help other people.”