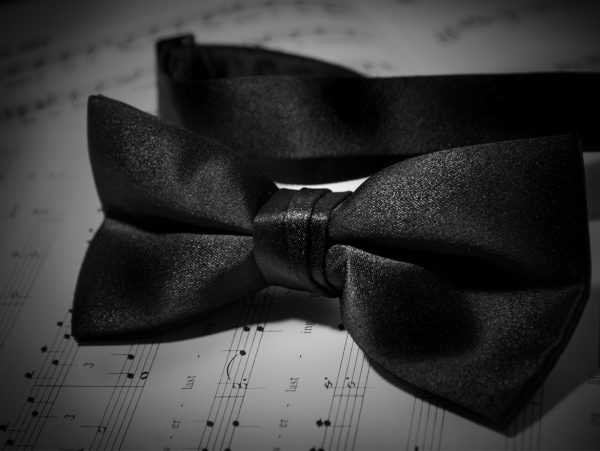 The Harvard College administration is forcing the Harvard Glee Club, founded in 1858 and the oldest collegiate choir in the nation, to open its membership to women following the adoption of new rules, The Harvard Crimson [1] announced.

The traditionally all-female Radcliffe Choral Society at Harvard, founded in 1899, is also subject to the new rules. Changes to the Ivy League choral mainstays come under the leadership of Dean Rakesh Khurana.

“We want to ensure we are providing students a deeply transformative experience — intellectually, socially and personally — that will prepare them for a life of service and leadership. Harvard College should and will set the standard for liberal arts and sciences education for the next hundred years. This is who we are. Our students leave here and exert ripples across the world,” reads a statement from the ultra-PC Khurana on the school’s website [2].

That so-called transformative experience includes a politically correct worldview based on leftist ideology.

And this ideology includes punishment for any Crimson students who wish to join single-sex clubs.

The Harvard Glee Club has separated the sexes for a good reason: the music itself.

“For centuries, choral music has made use of the biological differences between men and women to create harmonies — and to create unique sounds, in the case of music written for single-gender choirs,” noted B. Pollak, a senior editor-at-large at Breitbart, in a recent article [3].

Khurana’s scheme to make the liberal university even more progressive has been in the works since 2016. In a letter to Harvard President Drew Gilpin Faust, he established a set of punitive rules, which were accepted.

An excerpt [4] from Khurana’s 2016 letter says the following: “Discrimination is pernicious. Stereotypes and bias take hold, normalizing in a community behavior, which should be unacceptable. In this case, the discriminatory membership policies of these organizations have led to the perpetuation of spaces that are rife with power imbalances. The most entrenched of these spaces send an unambiguous message that they are the exclusive preserves of men.”

“In their recruitment practices and through their extensive resources and access to networks of power,” Khurana continued, “these organizations propagate exclusionary values that undermine those of the larger Harvard College community.”

As a result, students at Harvard who join any single-sex clubs — not just choirs — are barred from leading sports teams or campus organizations. They are also denied “dean’s endorsement letters” for fellowships and scholarships, such as the Rhodes and Marshall scholarships, according to Breitbart.

Easy: both serve the interests of female students.

Not everyone is singing Harvard’s politically correct praises.

“Dean Khurana is essentially using his power to demand that everyone subscribe to dogmatic assumptions about the nature and meaning of biological sex, which is antithetical to the liberal view of power — and to sound pedagogy,” Laurie Higgins, a cultural issues writer for the Illinois Family Institute (IFI), from Carol Stream, told LifeZette.

“In principle, progressives embrace moral relativism and absolute autonomy,” added Higgins. “As a consequence, they are untethered to moral boundaries, which results in their willingness to abuse power in the service of tyrannically and ironically imposing their dogmatic moral and ontological beliefs.”

Related: Anti-Trump Course at Harvard to Be Taught by Liberal Columnist [7]

She added, “Conservatives need to dig their spines out of the attic where they’ve been storing them until a time when they won’t actually need them.”

Harvard forces historic men's, women's choirs to accept opposite sexes: The all-male Harvard Glee Club and all-female Radcliffe Choral Society, founded in 1858 and 1899, respectively, have “chosen” to both become … https://t.co/uFn7ydzUdb [8]

To be sure, the consequences of not speaking up have been devastating for our youth on important social issues of the day — but don’t expect to hear that from the politically correct chorus of administrators at Harvard.