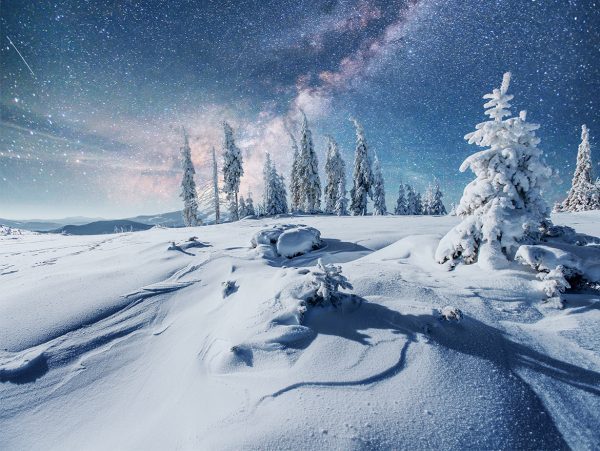 Earth just had its 600 millionth straight cooler-than-average month, thanks to naturally driven cooling.

An historical reconstruction of the Earth’s temperature by Northwestern University adjunct professor Dr. Christopher Scotese provides an illuminating and surprising comparison of today’s temperatures to those of the past.  And it’s not what you think.

According to Scotese, the Earth “has alternated between a frigid ‘ice house,’ like today’s world, and a steaming ‘hothouse,’ like the world of the dinosaurs.”

That’s correct, he described today’s temperatures as frigid. It turns out that most of Earth’s history since the explosion of life in the Cambrian Period nearly 600 million years ago was hotter than our climate today — a lot hotter, notwithstanding the views of former Vice President Al Gore (pictured above).

For fully two-thirds of that time, the Earth experienced temperatures that were much warmer than today. During these periods of “hothouse” conditions, there was no ice at either pole. We “only” entered our current “ice house” conditions about 50 million years ago.

Using the average temperature of the Earth for the past 600 million years, we have experienced 50 million consecutive years of below-average temperature. While factually correct and, for a climate geek and geologist like myself, quite interesting, this information has nothing to do with the current climate debate.

And neither does last week’s widely publicized report by the National Oceanic and Atmospheric Administration (NOAA) that the planet had its 400th consecutive month with above-average temperature.  Bear in mind that the “average temperature” to which they were referring was that of the 20th century. Well, duh.

Of course, recent temperatures would be higher than the 20th-century average. That is because the Earth’s temperature has been increasing for more than 300 years.  Had NOAA used a 300-year average, they could have added even more months of above-average temperatures because the average would have been even lower.

The blessed rise of temperature that we are experiencing is lifting us out of the death-dealing cold of the horrific Little Ice Age, when half the population of Iceland perished. The beginning of this warming started in the late 1600s, long before man could have had any effect on temperature.

In fact, the rate of warming over the first 40 years of the trend, extending into the early 1700s, was several times the rate of the 20th-century warming and was 100 percent naturally driven.

At least the first 150 years of our current warming trend were also entirely naturally driven — and contributed about the same amount of warming as the past 150 or so years, during which we have been adding CO2 to the atmosphere.

The question is not whether the planet is warming. It is, and demonstrably so. We know this from both direct measurement and thousands of historical records.

The real question is, did the natural forces that were driving the temperature increase in the 17th century or, for that matter, over the past hundreds of millions of years, suddenly stop for some reason in the 20th century? Of course not, but that is what the ayatollahs of alarmism want you to believe.

So why the media firestorm and portrayal of the latest data as dangerous? H. L. Mencken warned us of imaginary “hobgoblins of alarm” that governments needed to create to frighten the population into accepting onerous regulations such as the Paris climate accord. Climate change today is one of those hobgoblins of alarm used to convince people that our current warming is “unusual and unprecedented” when it is neither.

Six hundred million months of below-average temperature, or 400 months of above-average temperature? Both are true, depending on which metric you choose to use, but the media are publicizing what is designed to best promote the political agenda of catastrophic climate alarm.

Gregory Wrightstone is the author of the new book “Inconvenient Facts: The Science That Al Gore Doesn’t Want You to Know [3].” Wrightstone is a geologist with more than 35 years of experience researching and studying various aspects of the Earth’s processes. He is a member of the American Association for the Advancement of Science and the Geological Society of America.