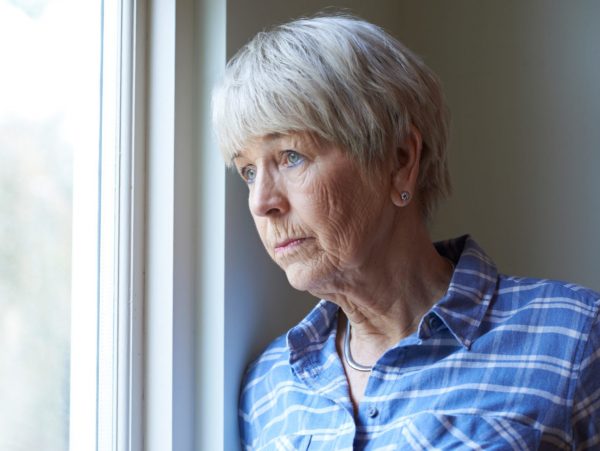 A recent projection by the United States Census Bureau [1] says that by the year 2030, the number of elderly will eclipse the number of children — for the first time in our nation’s history.

In other words, all baby boomers — those born between 1946 and 1964 — will be of retirement age by that year, resulting in a transformative demographic shift. That means there will be 78 million people who are 65 years and older, compared to 76.4 million under the age of 18, according to the federal agency.

There’s more to this looming scenario than the data indicate, however. There are the serious emotional aspects of aging that people in their so-called golden years will face — and it is far from glorious.

Based on research [2], we already know that the elderly who are dealing with social isolation and loneliness are at increased risk for health issues, ranging from cardiovascular disease, various infections and elevated blood pressure to cognitive decline and more.

A recent story from China sadly and succinctly illuminates how dire things have become for seniors, who are sometimes all but invisible to the world.

Han Zicheng, an elderly Chinese man, was so lonely he put himself up for adoption last December, according to The Washington Post and other media outlets [3]. His ad, printed on a flyer, read:   ”Lonely old man in his 80s. Strong-bodied. Can shop, cook and take care of himself. No chronic illness. I retired from a scientific research institute in Tianjin, with a monthly pension of 6,000 RMB ($946) a month.”

He taped a copy to a bus shelter in his neighborhood. Then he waited.

He told local media his wife had died, his sons were out of touch, and his neighbors had kids and aged parents of their own. He did not want to die alone.

Han passed away in March without obtaining a new family, even though his flyer went viral on social media.

Four policemen cooked pasta for an elderly couple after their loneliness and television news caused them such distress they were overheard crying. #elderly [4] #oldpeople [5] #help [6] #hope [7] #charity [8] #italy [9] #italianpolice [10] pic.twitter.com/fa6j9FcsAK [11]

To be sure, the man’s story is unique and even extreme. Still, it could it be a sign of things to come, with one in five Americans soon reaching retirement age.

“We are not prepared as families nor as a nation,” elder care expert Barbara McVicker told LifeZette of the oncoming age demographic shift.

Related: ‘The Elderly Are a Precious Resource’ — No Harm Should Come to Them [13]

A well-known speaker and the author of “Stuck in the Middle: Shared Stories and Tips on Caring for Mom and Dad,” [14] McVicker speaks from personal knowledge. A development director for a nonprofit agency, she quit her job for a decade to devote herself to caring for her aging parents, while at the same time raising her own children.

Her book is a primer on navigating the crisis-after-crisis reality of elder care.

McVicker [15] is not overly optimistic. “The tsunami is upon us,” she said of a country full of elderly Americans. “We waited for a crisis before addressing the multitude of issues. We need a safety net.” That “net” includes more funding for basic needs and a shift in priorities — perhaps, even, a return to the ancient idea of filial piety, wherein a society expects its children to care for their aging parents.

Other countries, noted McVicker, even make it possible for the elderly to sue their offspring to provide for basic necessities.

Related: The Elderly Friend Who Needs Us [16]

And though this is hardly realistic in the U.S., McVicker supports finding opportunities to keep older individuals socially engaged and productive, especially within intergenerational communities.

As the idea of keeping the elderly out of nursing homes and more independent — also known as “aging in place” — grows to become the norm, actions such as house sharing, renting rooms to the elderly, and even the use of employment agencies such as “Rent a Grandma” [17] can help stave off loneliness and social isolation among the elderly, noted McVicker.

Loved hearing about the intuitive @Novus_Homeshare [18] project, bridging the intergenerational gap and reducing loneliness by housing younger people with an elderly or support-needing householder ? #HomeshareUK [19]

She also said, “We need to support the adult child who is the primary caregiver with payment for services, respite care, and state-provided support services.”