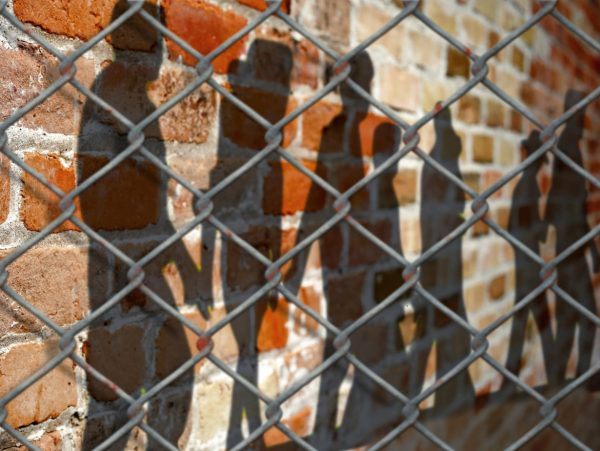 President Donald Trump ratcheted up his rhetoric on Tuesday against a caravan of some 1,000 foreigners traveling through Mexico toward the United States — but immigration experts contend he has more than words at his disposal.

Legal experts and advocates for tighter immigration control told LifeZette the president has a range of options — from exerting pressure on Mexico to stop the migrants to more extreme choices such as closing any port of entry inundated by asylum seekers.

“This is a test,” said Jessica Vaughan, director of policy studies at the Center for Immigration Studies (CIS). “And it’s a test that the Trump administration can’t afford to fail.”

The president himself tweeted about the issue again Tuesday, saying: “The big Caravan of People from Honduras, now coming across Mexico and heading to our ‘Weak Laws’ Border, had better be stopped before it gets there,” he wrote. “Cash cow NAFTA is in play, as is foreign aid to Honduras and the countries that allow this to happen. Congress MUST ACT NOW!”

Later, during a joint news conference at the White House with the leaders of three Baltic countries, the president vowed to use the military to secure the border until his proposed wall gets built.

“We are preparing for the military to secure our border between Mexico and the United States,” he said. “I think it’s something we have to do.”

Here is a look at some of the other arrows in Trump’s quiver:

1.) Apply diplomatic pressure. Matthew O’Brien, director of research at the Federation for American Immigration Reform (FAIR), said Trump has a number of options. “The first and most obvious one is why have the ambassadors of Mexico and Honduras not immediately been called to a meeting with the president? … The first solution would be a diplomatic one,” he said.

Vaughan said Trump already has played the diplomatic card — in a characteristically undiplomatic way. She said it is much easier to deal with the caravan outside the United States.

“The first thing they should try to do is stop this caravan from ever reaching the border,” she said. “This is clearly a political stunt.”

The big Caravan of People from Honduras, now coming across Mexico and heading to our “Weak Laws” Border, had better be stopped before it gets there. Cash cow NAFTA is in play, as is foreign aid to Honduras and the countries that allow this to happen. Congress MUST ACT NOW!

There are signs Trump might be getting results, too. The Mexican government issued a statement Tuesday indicating that some of the mostly Honduran migrants already have been sent back home.

“Under no circumstances does the Mexican government promote irregular migration,” the ministries of the Interior and Foreign Affairs stated, according to a translation provided by CIS.

The statement added that “participants of this demonstration are subject to an administrative immigration procedure, for now around 400 have already been repatriated to their countries of origin, with strict adherence to the legal framework and full respect for their human rights.”

At the same time, the government seemed to pass the buck to the United States.

“It also clarifies that it is not the responsibility of this government to exercise immigration decisions of the United States or any other nation,” the statement reads. “So it will be the competent authorities of the American Union that decide, if appropriate, to authorize or not the entry into its territory of the caravan members that request it through the authorized entry and exit ports.”

2.) Bar entry of anyone suspected to be part of the caravan. Michael Hethmon, senior counsel for the Immigration Reform Law Institute (IRLI), said Trump could exercise the same authority he used to issue his so-called travel ban on residents of certain terrorism-compromised countries.

That order drew immediate legal challenges and the Supreme Court later allowed it to take effect — with exemptions for close relatives of American citizens and legal permanent residents.

“I can guarantee you they will show up and tell the same story verbatim because the script will have been given to them … You don’t have to take it at face value.”

Hethmon acknowledged that advocacy groups would be certain to challenge Trump again if he tried something similar with respect to the Central Americans.

“It would be an interesting question,” he said. “It’s not like they’re close relatives.”

Hethmon said Trump could broaden the impact by closing any border crossing station altogether where the migrants arrive.

“They could slice it and dice it any way they wanted,” he said.

3.) Call in state and local reinforcements. Under the Immigration and Nationality Act, the attorney general has the power to determine that an “actual or imminent mass influx” of foreigners arriving off the coast or near a land border presents “urgent circumstances.” In such a case, the attorney general may authorize state and local law enforcement officers to assist federal immigration officials.

4.) Send a surge of resources to the border. If the caravan does reach the United States, enforcement advocates argue it is crucial to refuse entry to the foreigners.

O’Brien said the Trump administration should have immigration law judges and adjudicators ready at the border to quickly determine whether the migrants’ claims of a “credible fear” of persecution are genuine.

“I can guarantee you they will show up and tell the same story verbatim because the script will have been given to them … You don’t have to take it at face value,” he said.

O’Brien said few of them will qualify for asylum, which is reserved for people who face specific threats based on their race, religion, gender or nationality, political opinion or membership in a particular social group.

Vaughan agreed. She said a “rocket docket” at the port of entry — with a sufficient number of judges — could quickly determine the applicants have no grounds.

“They’re going to have to be able to use some emergency authority to surge resources,” she said.

5.) Pursue criminal charges. O’Brien urged the Department of Justice to consider bringing criminal charges against the U.S.-based organization that helped organize the caravan. This would be the proverbial nuclear option and would be guaranteed to bring a cacophony of criticism.

But O’Brien said a case could be made if prosecutors could demonstrate that activists knowingly encouraged foreigners to make bogus asylum claims.

6.) Strengthen the law. Chris Chmielenski, director of content and activism at the advocacy group NumbersUSA, said holes in the law and recent court cases have handcuffed the administration.

He noted, for instance, that court rulings have barred federal officials from detaining children caught at the border for longer than 72 hours. That has resulted in tens of thousands of teenagers crashing the border and getting transported at U.S. taxpayer expense to relatives in the U.S. over the past few years. Many end up skipping immigration hearings.

Chmielenski said other rulings limit the ability to deal with the current caravan crisis.

“Because of the loopholes in the credible fear process under asylum law, there’s not much they can do … We advocate for the law to be reformed,” he said.