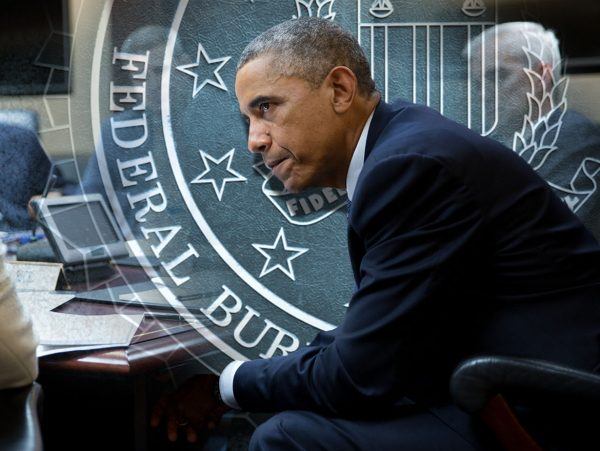 There are three scary but crucial factors underlying the rapidly growing FBI scandal that most people miss, even though these factors are hidden in plain sight.

Recognizing and understanding this trio goes a long way toward explaining what has happened in the scandal — and where it is likely to go next.

First, there’s Horowitz’s revenge. Virtually everybody in the nation’s capital is waiting either in fear or in eager anticipation for the upcoming investigative report of Department of Justice Inspector General Michael Horowitz.

Horowitz is among the most respected and effective IGs ever appointed, but former President Barack Obama, who nominated him in 2011, may consider that decision among the most regrettable from his eight years in the White House.

Here’s why: The Inspectors General Act of 1978 authorizes the IGs and their investigators and auditors to obtain and examine any official document necessary to carrying out their responsibilities in fighting waste, fraud and corruption in government. Presidents appoint IGs — but those IGs report to Congress, making them an important component of congressional oversight of the executive branch.

But a few months before Horowitz was sworn into the job in 2012, Eric Holder, Obama’s attorney general and previously deputy attorney general under President Bill Clinton, gutted the IG act provision that mandates their access to all necessary documents. Holder acted at the behest of then-FBI Director Robert Mueller and others at the bureau.

Holder — who would subsequently be held in contempt by Congress for refusing to turn over subpoenaed documents in the “Fast and Furious” scandal — thus forced Horowitz to request in writing any documents he sought from the bureau.

There then ensued a three-year struggle in Congress and the media that culminated in Obama having no choice but to sign the Inspector General Empowerment Act of 2016, which removed all doubt about the IG’s access.

During the three years between Holder’s blatant subversion of the 1978 Inspectors General Act and passage of the 2016 law, James Comey succeeded Mueller as FBI chief. He continued, however, to wall off Horowitz’s access to documents essential to doing his job until the new law was passed.

Horowitz has been investigating the FBI’s conduct in its investigation of former Secretary of State Hillary Clinton’s use of a private server and email system to conduct official business as America’s chief diplomat. He’s also probing the bureau’s investigation of allegations of collusion between President Donald Trump’s 2016 campaign and elements linked to the Russian government.

In the course of those two investigations, Horowitz has obtained and reviewed an estimated 1.2 million documents. There is an old saying in Washington that “things that go around have a way of coming back around.”

Second, there’s Obama’s perogative. As more facts are uncovered about the lengths to which former FBI Director James Comey, his then-Deputy Director Andrew McCabe, and a half-dozen other pro-Hillary Clinton bureau insiders went to protect the Democratic nominee in her email scandal, the least discussed element is Obama’s role in the affair.

Remember Comey’s July 2016 nationally televised announcement that he would not recommend prosecution of Clinton despite her “extreme carelessness” in handling super secret classified national security information?

One of the drafts of Comey’s announcement referred to Clinton emails between her and “the president.” But, as McCarthy recently pointed out [2], “a revised draft of Comey’s remarks was circulated by his chief of staff, Jim Rybicki. It replaced ‘the president’ with ‘another senior government official.'”

Mukasey recently explained on “The Ingraham Angle” [3] why that change made a huge difference in understanding the Clinton email scandal:

“President Obama was sending messages and receiving messages on Hillary Clinton’s private email server. Jim Comey knew that, and when President Obama went on television and said, ‘There’s no issue here, she didn’t really intend to cause harm,’ what he was really saying in essence is, ‘You’d better let her off, because if you wind up accusing her, you wind up accusing me.’

“Comey followed that lead. And the notion that this was somehow something that he had to do for the welfare of the country, there’s a lot of disingenuous claptrap.” In other words, preserving Obama’s “plausible deniability” was priority number one.

All these people enjoyed years of unfettered, or nearly so, access to the incredible digital and electronic listening power developed by the U.S. intelligence community in the wake of 9/11, including the ability to “unmask” any lawmaker, congressional staffer, corporate executive, philanthropic executive or donor, judge, foreign official, presidential appointee, diplomat, or military officer overheard in any of the hundreds of millions of conversations intercepted by the listening agencies.

Related: The ‘Deep State’ Is Real and Dangerous, Paul Says [4]

Think of the potential leveraging power that attends knowing all the secrets of all the most important people at all levels of governance in the most powerful country on earth. Just as blackmail is an oft-used technique for obtaining intelligence sources at the highest levels of foreign capitals, it can also provide the necessary tools for transferring great wealth from one person or place to others.

This reality may make sense of an otherwise opaque Brennan tweet from March 13, which included this  key passage in the text: [5] “With other investigative shoes yet to drop, legislators who try to protect @realDonaldTrump [6] will face November reckoning.”

Those “other investigative shoes” could have multiple meanings to numerous hearers when spoken by a guy who spent years running the CIA. After all, who knows what secrets he took with him as he walked out the door of the agency’s Langley headquarters, secrets that could be worth a fortune when properly utilized in a timely manner.

There is a huge industry of former spies who have created companies and consultancies that are paid billions of dollars by clients around the globe. If you doubt that, just ask Hillary Clinton, because she knows all about [7] them.