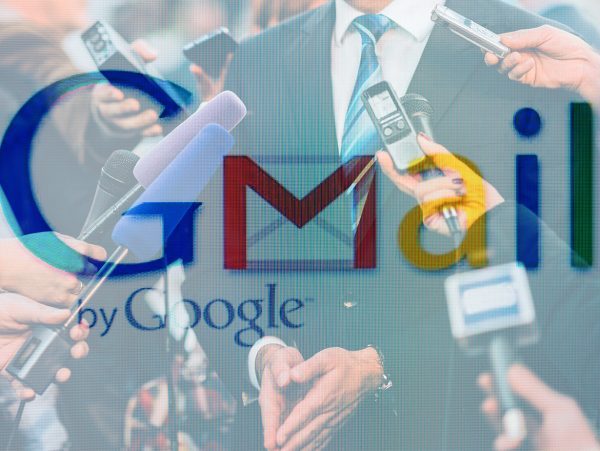 “If emails disappear, all kinds of stakeholder, ownership, accountability and public records destruction issues are paramount,” said Adam Andrzejewski, founder and chief executive officer of Open The Books [1], an Illinois-based nonprofit that works to make public “every dime taxed and spent” by governments at all levels across the country.

“Bad actors in government always have a lot to hide. The new technologies give them a powerful tool to seemingly, if not unlawfully, take their public actions ‘off the grid,'” Andrzejewski said.

“Yikes! It’s clear we need to ensure the National Archives sends government-wide guidance immediately that this feature isn’t included in any Google for Government suites,” warned Danielle Brian, executive director of the Project on Government Oversight, a Washington, D.C. nonprofit that specializes in exposing waste, fraud and corruption.

Google’s latest updates to its globally lauded email system includes a number of features likely to be popular among users, including “nudge” reminders to respond to unanswered messages “to help make sure nothing slips through the cracks,” product manager Matthew Izatt said Wednesday in a blog post [2].

With another of the new features, Gmail “will start suggesting when to unsubscribe from newsletters or offers you no longer care about,” Izatt said.

But the problem for anticorruption sleuths like Andrzejewski and Brian is in the last of the new features described by Izatt: “Finally, a new confidential mode allows you to remove the option to forward, copy, download or print messages — useful for when you have to send sensitive information via email like a tax return or your social security number. You can also make a message expire after a set period of time to help you stay in control of your information.” (emphasis added)

Multiple federal laws and regulations make it illegal to destroy government documents, including emails concerning official business. But it’s unclear if the new Google feature would literally destroy a digital message or simply place it in a recoverable cache somewhere.

What is clear is that Google’s timing couldn’t be worse, thanks to widening disclosures in the Clinton email scandal of the importance of preserving digital communications about official public business.

During her 2009-2013 tenure as secretary of state under President Barack Obama, Hillary Clinton sent thousands of emails from private addresses using a private server located in the New York mansion she shares with former President Bill Clinton.

When Clinton’s use of the private email system became known, she and her closest aides directed the destruction of an estimated 33,000 messages they claimed were strictly about personal business. The messages were deleted and the devices used to transmit them, including laptops and cellphones, were destroyed.

Related: IRS Didn’t Audit Returns of Half the Corporate Giants in 2017 [4]

Earlier this week, Judicial Watch, the nonprofit government watchdog that specializes in litigation based on the Freedom of Information Act (FOIA), made public hundreds of previously unknown Clinton emails, including dozens containing classified national security information.

Judicial Watch President Tom Fitton told LifeZette he doesn’t think new laws or regulations are needed to cover expiring emails because “using any communication product or feature to avoid preserving federal records and other government documents subject to the Freedom of Information Act is already prohibited.”

But Fitton, whose organization has repeatedly gone to federal court to file FOIA lawsuits and succeeded in forcing disclosure of thousands of important documents, knowingly added that “First you had the ‘delete’ key, now we have this new Google mail feature …”

The transparency and accountability problem presented by expiring emails isn’t limited to government documents, according to American Observer senior adviser Melanie Sloan, who notes that it can also be abused by people outside of government seeking to influence official decisions.

“FOIA is one of the most powerful tools available to citizens to uncover corruption and waste in the Trump administration. If government employees and lobbyists can cherry-pick which emails become public and which emails never see the light of day, the public runs a serious risk of losing one of our strongest accountability tools,” Sloan said.

Sloan, a former federal prosecutor and legal aide to congressional Democrats, founded and for more than a decade managed Citizens for Responsibility and Ethics in Washington (CREW). Among others, CREW exposed nearly a dozen ethics violations by former House Ways and Means Committee Chairman Charles Rangel, a New York Democrat.

American Oversight Executive Director Austin Evers encouraged Archivist of the United States David Ferriero, in a letter Wednesday, [5] to issue guidance to all federal workers to disable the expiring email features and to take measures, including screen shots, to ensure preservation of messages that “may be self-destructing” or “otherwise be deleted by senders.”

“This automatic erase feature should be banned from all government computers which are subject to Freedom of Information Act requests, the potential for abuse is obvious and the likelihood of it is certain.  The only sensible course is to ban the product so that people are not led into temptation,” Manning said.

“The Federal Records Act already prohibits disappearing ink such as this, and no one has violated that prohibition. Unless they felt like doing so,” Horner charily noted.

“Hillary claimed there was nothing wrong with what she did because every employee is routinely asked to decide what is transitory or what is a record requiring preservation … Disappearing ink accounts would simply alleviate the inconvenience of thinking about what to delete and the individual deliberate acts.”