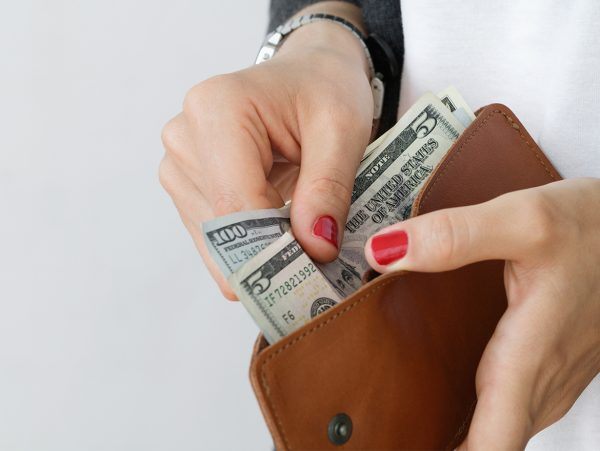 For the McHale family of Hunterdon County, New Jersey, Mother’s Day of 2018 will be extra special, thanks to the Tax Cuts and Jobs Act. [1]

Kevin McHale and his wife, Kristin, are using part of the $500 bonus he received from his job to buy a plane ticket — to fly his mother from Florida to New Jersey to celebrate Mother’s Day with them and their young son. He’ll put the remainder, he said, toward home improvements.

McHale has worked for Thermo Fisher Scientific (NYSE: TMO) [2] for 16 years. The 70,000-employee, $20 billion company headquartered in Waltham, Massachusetts, is one of many across America investing its savings from the tax plan in bonuses for employees. McHale works in a New Jersey branch.

Rep. Nancy Pelosi (D-Calif.) mocked the bonuses and benefits employees were to receive after the tax plan was implemented in early January.

Thermo Fisher Scientific — and hundreds of other companies [3] — feel differently.

In a press release [4] in late January, Thermo Fisher Scientific announced it would be investing in colleagues, customers, and communities to the tune of $50 million. The company used $34 million in one-time $500 bonuses for 68,000 non-executive employees. It put another $16 million into research and development, as well as philanthropic activities supporting STEM (science, technology, engineering and math) education.

“Thermo Fisher will benefit from tax reform, so we chose to use this unique opportunity to recognize the commitment of our colleagues who work hard every day to fulfill our mission — to enable our customers to make the world healthier, cleaner and safer,” said president and CEO Marc N. Casper in the release. “We also plan to use the benefit to fuel important programs that will strengthen our ability to serve our customers and the communities where we live and work.”

Every paycheck, I make $51.99 more than I did before President Trump signed the Tax Cuts and Jobs Act.

On top of that, my standard deduction DOUBLES for when I file my 2018 taxes!

“Even though $500 is a small portion of our total compensation in our two-salary household, I certainly wouldn’t characterize it as ‘crumbs,'” Kevin McHale told LifeZette about his $500 bonus. “Only truly wealthy elitists like Nancy Pelosi, who are out of touch with ordinary working Americans, would make such a ridiculous statement.”

His wife, who works for a privately held company that offered no such bonus, agreed — and was excited about the unexpected windfall.

“For our family, every little bit helps. I don’t know how anyone can think an extra bonus is crumbs. Even $100 could be a nice date night out or could help pay down debt someone may have,” Kristin McHale told LifeZette.

“I was honestly shocked when my husband told me he was getting the bonus and that the company sent out an email letter [in late January] to explain why,” she continued. “It was completely unexpected and not something they had to do.”

“I certainly wouldn’t characterize this as ‘crumbs,'” said one grateful New Jersey husband and father.

That point is not lost on the many Americans who found (and still find) Pelosi’s statements both offensive and grossly inaccurate. Though they were not required to do so, many companies invested their Tax Cuts and Jobs Act savings in bonuses for their workers. That says a lot about America, and American companies, that Pelosi and other Democrats do not seem to understand.

The Tax Cuts and Jobs Act nearly doubled the standard deduction for individuals and married couples in #NC13 [8]—which protects more of your paycheck and makes filing taxes much simpler. For more information, visit https://t.co/kj8iDERmcA [9]. pic.twitter.com/boy180RbRd [10]

In this case, and in many others, the beneficiary of the legislation extends beyond its immediate recipient. This time, it enabled a grandmother to see her grandson and his parents. “My grandson, Kaiden, is the joy of my life,” Kevin McHale’s mom told LifeZette. “I’m happy and feel truly blessed that I have the opportunity to spend Mother’s Day with the family.”

In other cases, it may mean more free cash to contribute to charities, to put away for college — or to start a business.

Do you have a great “crumbs” story to share? In our new Crumbs Chronicles series, LifeZette is featuring stories of everyday American workers whose lives are impacted — in ways large or small — by the Tax Cuts and Jobs Acts. Have you received (or given) a bonus as a result of this tax reform? Do you know someone who has? Let us know in the comments section below — or send us an email at [email protected]!