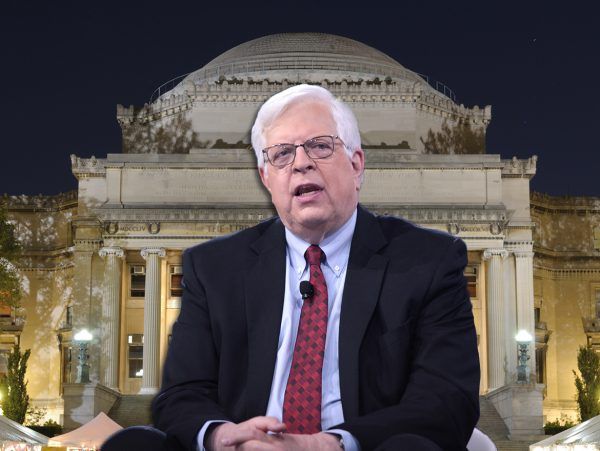 The Columbia University College Republicans (CUCR) are not happy with their school at the moment.

Conservative commentator Dennis Prager, a graduate of Columbia, is set to return to the school to give a talk entitled “How I Found God and Judaism at Columbia.”

The original plan for the talk was to have it livestreamed to the millions of followers of PragerU, Dennis Prager’s educational nonprofit organization.

Those plans changed after Columbia University reportedly emailed CUCR president Ari Boosalis and revoked permission for a livestream of the event only a week before the scheduled talk.

Columbia claims it does not allow third-party livestreaming, according to Boosalis. This, however, does not hold up when one looks at the history of talks given at the university.

Events featuring conservatives such as Dinesh D’Souza and Herman Cain were livestreamed through the group Young Americans for Freedom.

“In hosting these other events, the university was more than happy to help us livestream the event and even had signs indicating where to find the livestreams as well, but things have changed now,” read a press release written by Boosalis sent out to CUCR’s mailing list.

He added, “Given all this information, we believe that the university is using its voice to silence Dennis Prager, who is a moral voice within our party.”

Boosalis told Campus Reform he believes that some school administrators are less willing to work with him and his group because of political bias.

“We hope the university realizes that treating our club with the same respect as any other club should be a given,” he said.

Columbia University has not put out an official statement about the decision not to livestream the Prager talk; still, conservatives have faced a lot of roadblocks [1] when it comes to spreading their messages on college campuses. So there’s reason for concern.

It’s gotten so bad that Prager himself is even collaborating with podcaster Adam Carolla on “No Safe Spaces,” [2] a film examining the degradation of free speech on college campuses around America.

Do you think Columbia University is trying to suppress Prager’s message?

Let us know what you think in the comments below.