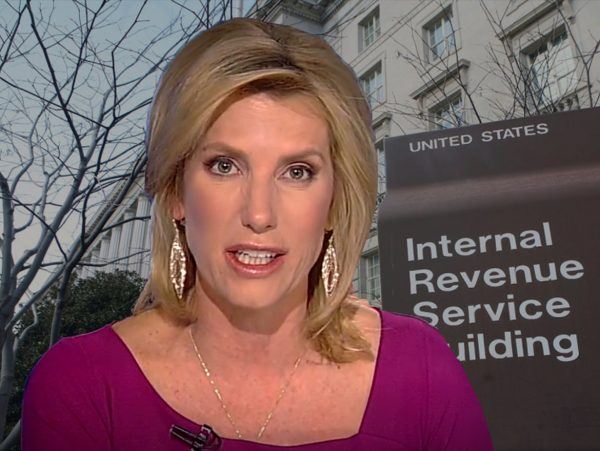 Fox News host Laura Ingraham blasted the IRS for turning a blind eye to 1.3 million cases of identity theft by illegal aliens, saying Monday night on “The Ingraham Angle” that this “mind-boggling” behavior “goes through right to the heart of the lawlessness” deeply entrenched within the federal government.

CNS News reported last week that the IRS fielded 1.3 million cases between 2011 and 2016 in which illegal immigrants received Individual Taxpayer Identification Numbers (ITIN), “which are only given to people who are ineligible to work in the United States or receive Social Security numbers.”

After analyzing the data from the Treasury Inspector General for Tax Administration (TIGTA), CNS News discovered another 1.2 million cases in 2017 in which illegal immigrants filed tax returns with fabricated or stolen Social Security numbers.

“However, in response to inquiries from CNSNews.com, the IRS could not say if it had referred even one of these cases for criminal prosecution,” CNS News found.

“If you or I cross the IRS, we’re toast, let’s face it,” Ingraham said. “But illegal immigrants can steal IDs and then file for — and get — payments for child tax credits fraudulently and never get prosecuted. This goes through right to the heart of the lawlessness theme that we’re going to be hitting all week long on ‘The Ingraham Angle.'”

The TIGTA report was entitled “Most Employment Identity Theft Victims Have Not Been Notified That Their Identities Are Being Used by Others for Employment.” The report noted that “employment identity theft can cause a significant burden to innocent taxpayers, including the incorrect computation of taxes based on income that does not belong to them.”

And yet the IRS could not say whether any of the cases had been prosecuted, as CNS News found [1].

“This case of illegal aliens’ filing tax returns with fake numbers, getting refunds with fake information, robbing the U.S. government of tax dollars, is mind-boggling. Yet it’s happening without any prosecution,” Ingraham said.

“The bottom line is there’s document fraud. There is mail fraud. There’s probably wire fraud. This is all fraudulent, and the IRS looks the other way. And I think a lot of it is politics,” she said.

Ingraham blamed Democrats, in particular, for exhibiting what “seems to be this embrace of conflicts of interest, unethical behavior, rank bias, lawlessness — if it helps their political agenda.”

Related: Poll Finds Most Americans Are Worried About the ‘Deep State’ [2]

This is why “nobody trusts the government today,” Ingraham added.

Joseph Banister, a former IRS investigator with his own history of tax controversies, told Ingraham that the IRS “is the original ‘deep state’ operation.”

“They just don’t follow the law. The American people have no idea how much fraud and corruption goes on inside the agency,” Banister said. “I’ve got my wading boots ready for President [Donald] Trump to volunteer and go into the deepest, muckiest part of the swamp, and that’s the IRS.”